Extraordinary UFO activity in the Mediterranean sea in 1997 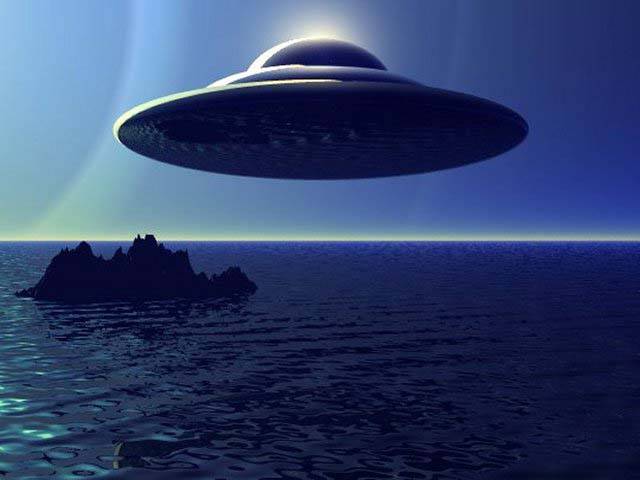 Researchers, ufologists have long pointed out that unidentified flying objects have a mysterious tendency to appear in the same areas, there is a strange periodicity in their appearance.

One of these mystical places is the Mediterranean sea East of Gibraltar. UFO in the area appear within five years, the last burst of activity was observed in 1997.

18 August 1997, the crew of the French ship “victory” witnessed the mysterious phenomena observed in the Mediterranean sea. To the North of victory suddenly emerged from the water and hovered over the sea, illuminating its mysterious fiery sphere. She slowly started to move at a height of about 50 meters away from the victory.

In about five minutes over the sea suddenly rose a giant column of water captured and it disappeared in the depths. Thus there was an instant flash of light, like the explosion, but no sound was not. The sphere appeared and noiselessly disappeared.

In September 1997, the team of Norwegian trawler “polar star” also observed something extraordinary in the same area. Half a mile from the trawler in the air right out of the water rose object resembling a wheel, with a diameter of about 300 meters. The UFO resembled a plasma clot.

He ran a parallel course with the “Polar star” is about four kilometers. Radar trawler when the object is out of order. UFO hovered over the sea about half an hour and disappeared instantly, as if dissolving in the air.

The following encounter with a UFO occurred in October 1997. The mate of a Greek tanker “Heraklion” Kassites took over the watch. Suddenly he heard the cry of the watch to the sailor: “Look! It’s a flying saucer!” Cassates looked through the binoculars and saw over the sea a mysterious object resembling an inverted pan with a diameter of about one hundred meters.

The object shone a grayish metallic sheen, the lower part was visible mysterious round protrusion with a diameter of not more than twenty meters. Around the ledge Cassates noticed prominences. The upper part of the UFO consisted of two discs, one above the other and rotating slowly in opposite directions. Around the circumference of the lower disc was located the bright lights.

I had the impression that they are not attached to the object, and hanging around it in the air. The lower part of the UFO was smooth in its middle was a bright blur. On top of the object was something like a tripod, rotating around its axis.

Suddenly, as if the UFO jumped up several times, as if under the influence of some invisible wave. The captain of the “Heraklion” gave a command signal to use the spotlight to attract the attention of UFOs, but no reaction followed. At this time, the “Heraklion” noticed an Arab cargo ship.

UFO, also seeing him, began to slowly move in his direction and hovered over him. It lasted a few minutes. Then the object suddenly lurched and quickly rose up, flared, and instantly disappeared from view, and what direction he flew was unclear.

In November 1997, the team of the Spanish ship “Piceno” saw most likely the same object as the description made by the Spaniards, almost completely coincide with the observations Cassetica. The Spaniards saw something similar on the phone and decided that it was a periscope.

The tube, however, suddenly began to lengthen, reached the deck of the Spanish ship. It turned out that it’s just a beam of light. The tube began to rummage through the deck and pull all the items on the circuit. When he reached one of the sailors, the beam slowly began to feel his body. Suddenly the sailor trembled, and all the rest of the team ran away in panic from the deck. When about half an hour later they carefully looked outside, the UFO was gone.

The sailor told me that when the beam began to scan, he felt nothing, and was just scared. After the tube is examined the deck, it has become shorter. UFO banked, flared and flew away in a matter of seconds.

Following the appearance of UFOs in the area East of Gibraltar took place on 2 December 1997. Italian liner bound for the Canary Islands. In three hours the morning before the vessel was seen some hanging in the air an unidentified object. Unlike the previous “saucer”, it had a mysterious cigar-shaped with a length of approximately 200 m.

As noted by the witnesses, the UFO resembled a submarine, but it has changed color about every five minutes, repeating the sequence all the colors of the rainbow. After each series of color changes, it became metal gray. This continued for about twenty minutes. In addition, the UFO slowly rotating around the vertical axis. It lasted an hour, with the object kept moving ahead of the ship.

As in the previous cases from the UFO moved two long, similar to neon, tube, resembling the rays of the searchlight. They reached the horizon and began its slow poke, after which the rays drawn back into the UFO, and the object started to make strange movements back and forth. Then the UFO began to rise up and disappeared in the clouds.

In subsequent years, no unusual phenomena were observed.

Dr. Stonehill, the famous American ufologist, exploring the phenomenon of the periodicity of the appearance of UFOs, came to the conclusion that the Mediterranean sea near Gibraltar attracts newcomers for its unusual geomagnetic conditions.