Fighters, the airliner and UFOs 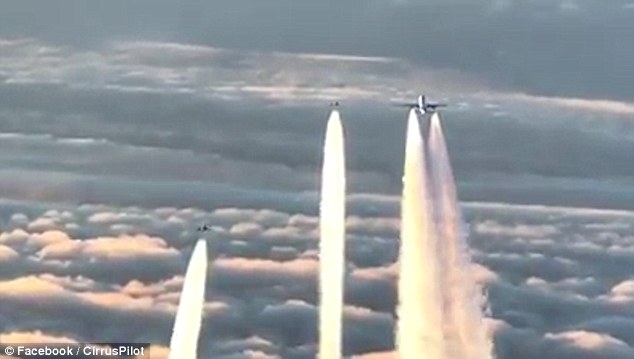 German fighters were scrambled to intercept a passenger plane Boeing 777 in the skies over Cologne. Cause interception of the passenger liner military aircraft, was the fact that it stopped communicating with air traffic Control.

Interestingly, when a group of fighters approached the plane which lost contact, the video clearly shows a UFO that appears from the clouds on the left and at high speed, flies past the fighter and a passenger liner, and then just disappears.

Perhaps the UFO was the reason that passenger plane lost contact. Judging by the lack of reaction to military pilots on the appearance of an unidentified object, they didn’t see it on their radar. 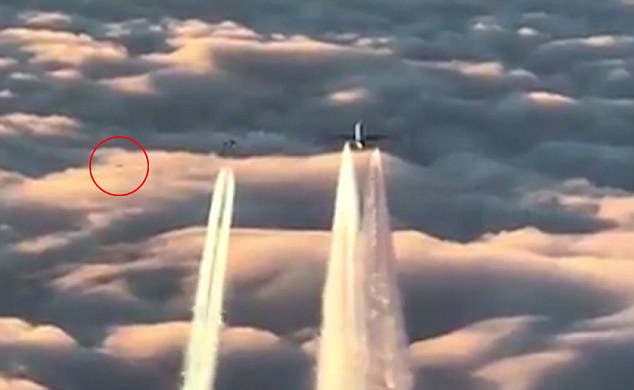 After the UFO flew away, the pilots of a passenger plane failed to make contact with dispatchers on the emergency frequency 121.5 MHz.

The Boeing 777 was EN route 9W-118 from Mumbai to London. The plane did not leave on contact with dispatchers when he entered German airspace. The incident occurred on February 16. On Board the Boeing 777 Jet Airways, there were 300 people. The plane was accompanied by two German fighter aircraft.

The fighters came out to intercept the plane when he was 37 km North of Cologne. The first German fighter plane flew to the left of the aircraft, and in a few minutes he was joined by another. They accompanied the plane for ten minutes. 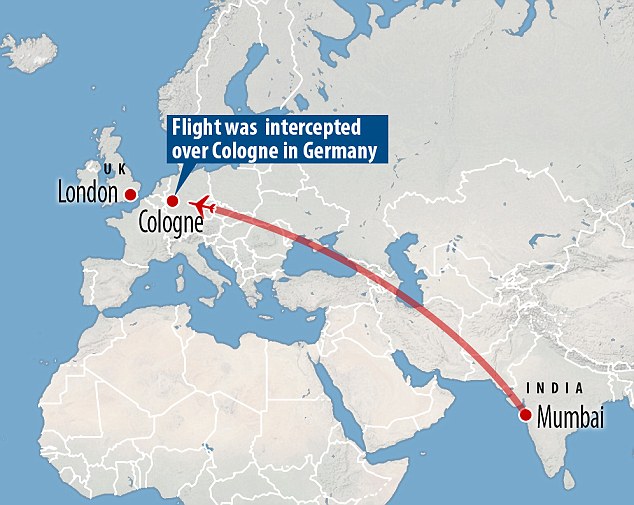 Guilty in the incident was described as the pilots of the passenger plane that allegedly failed to contact dispatchers as it does not reconfigure the radio frequency, when switched from the airspace of one country to another.

Aviation administration of India had initiated investigation into the incident. The crew of the aircraft that was involved in the incident were suspended from duty during the investigation.

What is the large, black aircraft flying at high speed close to a passenger plane and his accompanying military fighters apparently the authorities are not interested. At least on the investigation of the affiliation of the UFO and how he was near the scene are not reported. Data about the presence of UFOs are not commented.