Fires in Australia were spread by birds 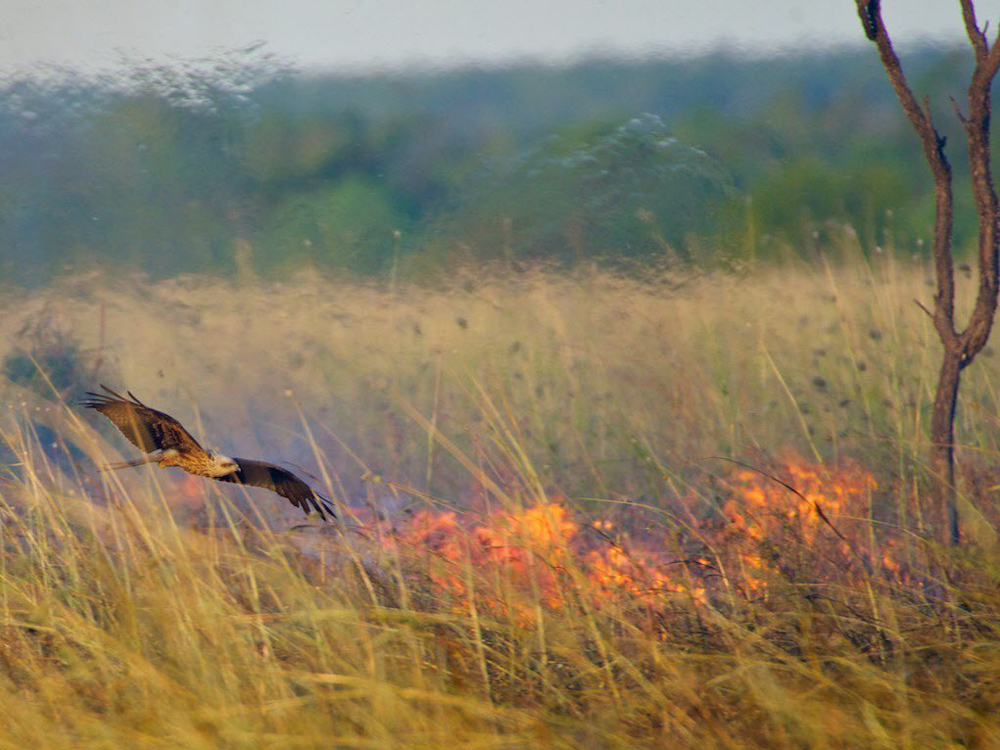 Dick Eyssen was one of the firefighters who took part in extinguishing wildfires in northern Australia and witnessed very unusual events.

They have just almost extinguished and stopped the spread of fire, when suddenly they saw a large bird carrying a burning twig in its claws. This bird flew past the firefighters and, after moving about 50 meters, threw a burning branch into the dry grass and the fire broke out with renewed vigor.

In the course of that day, the team of firefighters was forced to extinguish 7 fires of dry grass in seven different places and all these new fires were created by birds that took burning or smoldering branches and threw them into dry grass, creating new fires of natural fires.

Recently in the journal of Entobiology there was published an article in which scientists tried to find out the reasons for what was happening. According to researchers, the outbreak of wildfires in Australia was caused precisely by birds spreading fire with the help of smoldering or burning sticks.

The conclusions of the scientists turned out to be even more incredible – the birds do it consciously, deliberately creating hotbeds of new fires.