Fish inside jellyfish governed its movements 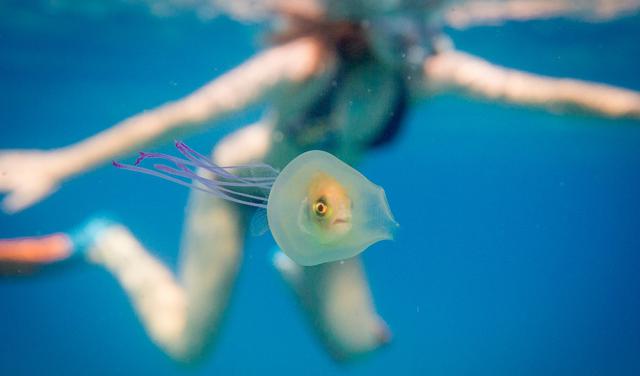 Australian photographer Tim Samuel managed to photograph the fish that was inside the jellyfish. And the fish was alive and even control the movements of the jellyfish. While it is not known how she got inside. 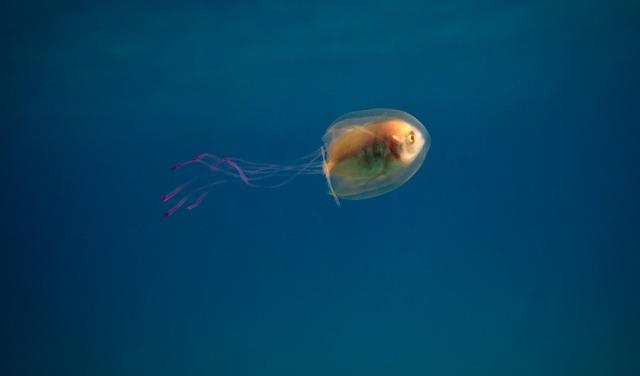 Pictures were taken while sailing in the Bay of Byron Bay in New South Wales in Eastern Australia. Tim doesn’t know how often there are cases when the fish is inside a jellyfish.

According to some experts, the fish depicted in the photo, a young Australian trevally. These fish are known to sometimes hide among the stinging threads of the jellyfish.