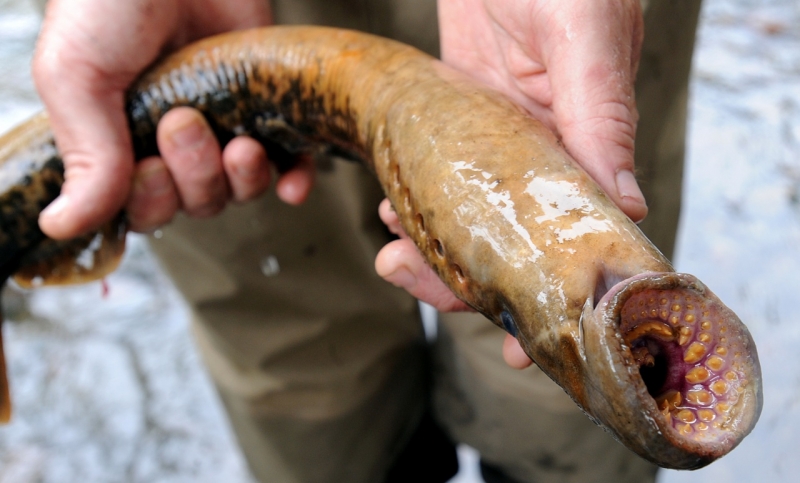 British authorities are sounding the alarm: in local rivers has increased the number of pus blood-sucking fish with sharp teeth and powerful suction cups. Being hungry, these aquatic creatures are able to attack the people. Lovers of outdoor recreation in horror.

Abnormally high amount of threat lampreys were recorded in the rivers great Ouse, Trent, Derwent and wear. Upon closer inspection, lampreys, which have the status of state-protected fish, can really cause terror.

Below you can see an archived episode of the Discovery channel dedicated to these creepy creatures. By the way, lampreys are considered a delicacy, they are regularly served to members of the British Royal family.

In addition, lampreys are the most ancient creatures on the planet. The age of this fish species is greater than 360 million years. In recent years, their number in British rivers has increased in connection with the special barriers that people began to set in rivers to changes in flow rate.

According to experts, the increase in the number of lampreys in the rivers largely means that the efforts of authorities to clean up the water were not in vain, however, vacationers and swimmers that does not help. Unfortunately, the only advice I can give ecologists in this connection – to spend less time in water and carefully examine yourself after every sunset in the river.