From the head of the women pulled a huge live cockroach 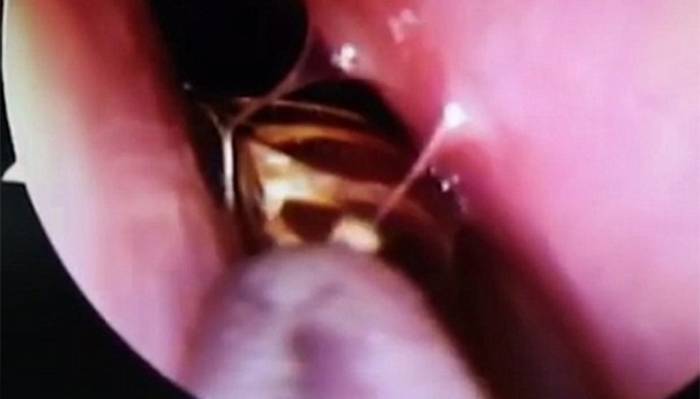 42-year-old Indian woman went to the hospital with complaints of extremely painful “tingling and twitching” in the head. After a patient three times and was examined by team doctors, it was concluded that its skull contains some foreign, and a very mobile body.

Yes, a nightmare, typical of horror films turned into reality. Dr. M. N. Shankar College of medicine, Stanley said that in the mind of the patient were found adult, fully formed roach. When the doctors removed one of the most disgusting members of the animal world from “area at the base of the skull between the eyes, near the brain”, they managed to capture it on camera.

A live cockroach is likely to hit the girl’s head through her nostril. He spent inside the skull 12 hours and whenever moved, caused women burning and stinging in the eyes. Doctors took 45 minutes and long tweezers to remove the insect, which is stubbornly unwilling to leave their shelter.

As practice shows, huge cockroaches often crawl into a man’s head, but usually they prefer to do it not through the nostrils, but through the ear hole. What is the result? To severe pain in the ears and partial (and sometimes complete) hearing loss. In the middle zone insects are not such a big threat, and such cases are quite rare, but if this happened to you, the doctors suggest to try to just tilt your head and rinse the ears with water or oil, and if it doesn’t work — should immediately consult a doctor.