Gas bubbles on the Yamal Peninsula has scientists baffled 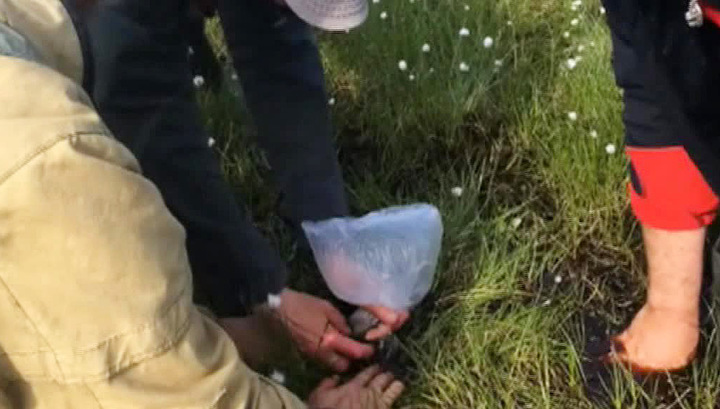 On the White island in the Kara sea, the ground swell bubbles. The anomaly appeared in literally under the feet of the members of the expedition. Scientists note that this phenomenon is typical for the more southern areas and close to the North pole had never met.

Not had time to subside passion around science the famous Yamal crater, as scientists have started talking about a new sensation in the Arctic circle. On the Bely island in the Kara sea is the most Northern point of the autonomy — detected abnormal gas bubbles. Participants in the annual research cruise anything like that here had not seen before. Tundra under their feet suddenly swelled up and began to vibrate like jelly.

Scientists have found 12 such air bumps. Everyone in diameter about metre. When I removed a small layer of grass and soil to the surface under pressure was out of gas. The first studies showed that the concentration of greenhouse gases — carbon dioxide and methane — rolls.

Similar phenomena for Yamal can be considered a phenomenon, scientists say. Such a “swelling” of the land is typical rather for the more southern areas. But in permafrost it is an occasion to alarm. To the formation of air mounds has led to the anomalous island White heat, the researchers suggest. Icy subsoil thawed, the breed was formed microcracks, in the layer of humus and started biogenic processes that can be fraught with irreversible and unpredictable consequences for the entire ecosystem.

“I mean, that’s pretty intense gas evolution, which may, that is, it is known, for example, for the latitude of Khanty-Mansiysk, Yes, the swamp. There is a normal process. But canned methane and CO2, which is in the permafrost zone, he was asleep, in spite of past hot years, for example,” — says Alexander Sokolov, Deputy Director of Ecological research station of UB RAS.

The same natural processes, according to scientists, caused the Yamal crater, which will easily fit a 25-storey building. New funnel — just in place of the bursting gas bubbles. Now, climatologists and meteorologists gather scientific data across the Yamal Peninsula. In polar latitudes, climate change is expressed most brightly.

However, global warming is already felt in all corners of the planet. The first six months of 2016, according to NASA, recognized as the hottest in the history of nationality — an average of 1.3 degrees.