Giant crater in Siberia has become even more 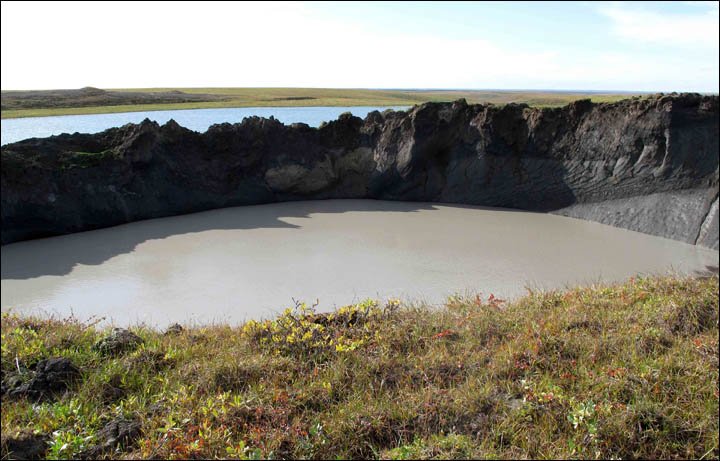 Giant crater in Siberia has hit the headlines, when suddenly appeared on the Taimyr Peninsula in 2013. Three years after his mysterious education Derevinska crater with a depth of 100 meters grew by 15 times of the initial size. Now the diameter of the hole is 70 meters, although three years ago the crater was not more than 4 meters.

One of the most popular theories — the formation of a crater due to a phenomenon Pingo. Pingo — subsurface ice formation that is covered with soil. When the ice melts, it creates a hole, and the soil is sinking.

Scientists propose the following explanation: the crater is the result of underground methane explosion. Derbinskoj funnel surrounding area is rich in natural gas, which exploded due to connection with salt and water. Now a crater filled with a lake. New pond appeared when the permafrost melted and the walls of the funnel collapsed.