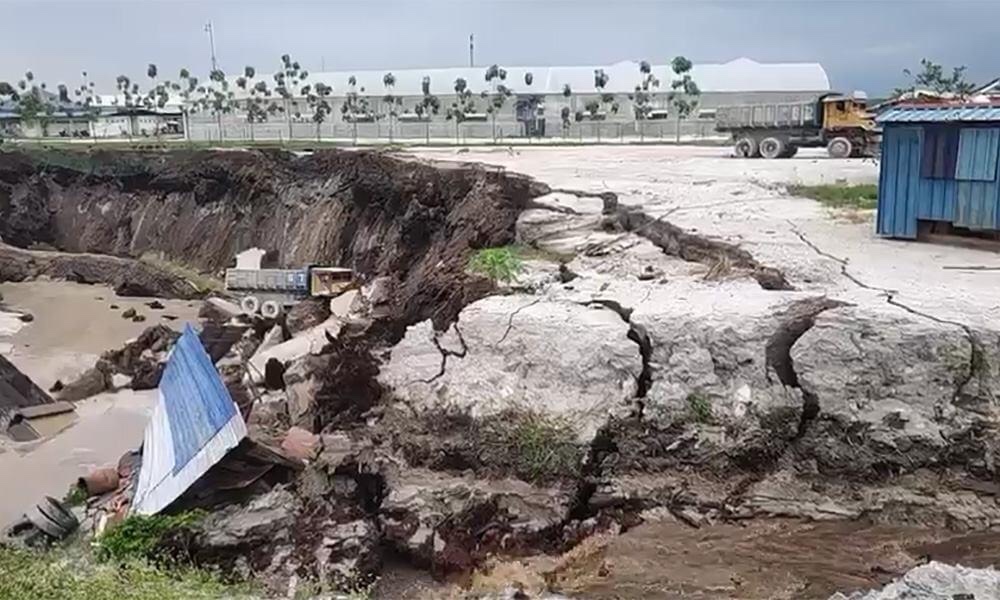 A total of 67 employees from the two companies were evacuated after the funnel opened at approximately 6.50 pm local time.

For comparison, the size of the Olympic swimming pool is 1250 m2. The funnel is about 40 of these pools.

The reason for the huge failure is still unknown.