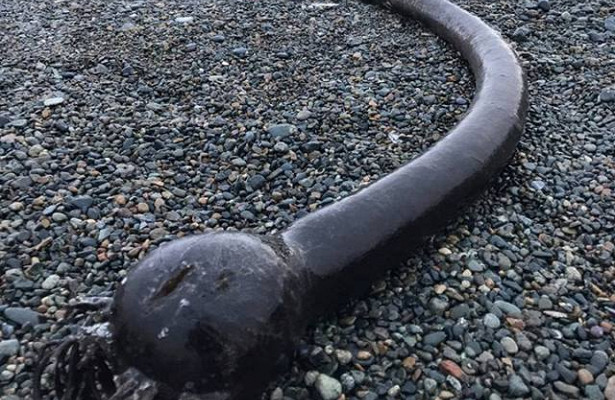 Residents of the Chukchi Peninsula reported on the appearance of “snake-like objects” appeared on the sea coasts, which turned out to be a kind of brown algae that came to the peninsula from the Pacific coast of North America, as the researchers of the Beringia National Park reported.

“In our seas, the species is contagious -” American “, which is distributed along the Pacific coast of North America from the island of Unalashka to California. This seaweed has a barrel up to 25 m long, which gradually expands upwards, “the press service of the park said.

It is noted that initially local residents took algae for “sea snakes”, organisms of animal origin and “mutants”. 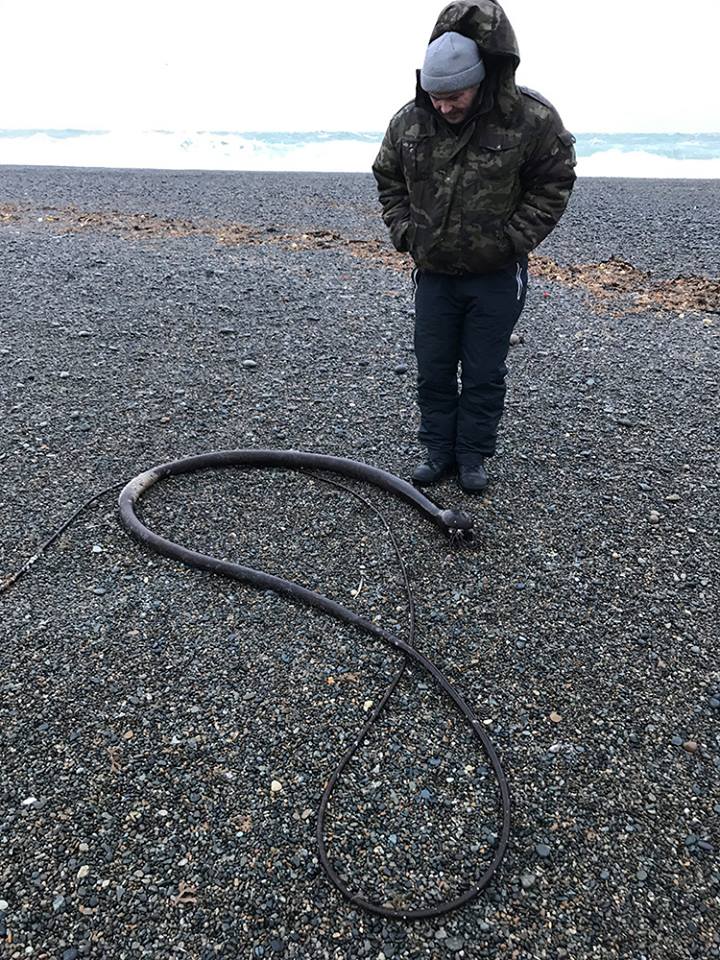 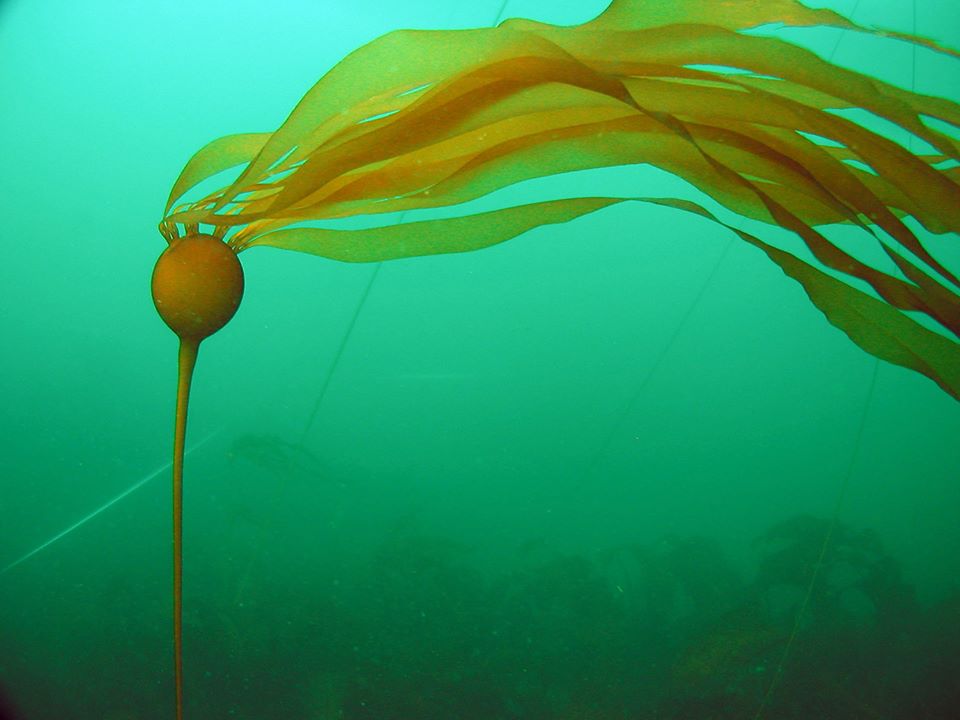 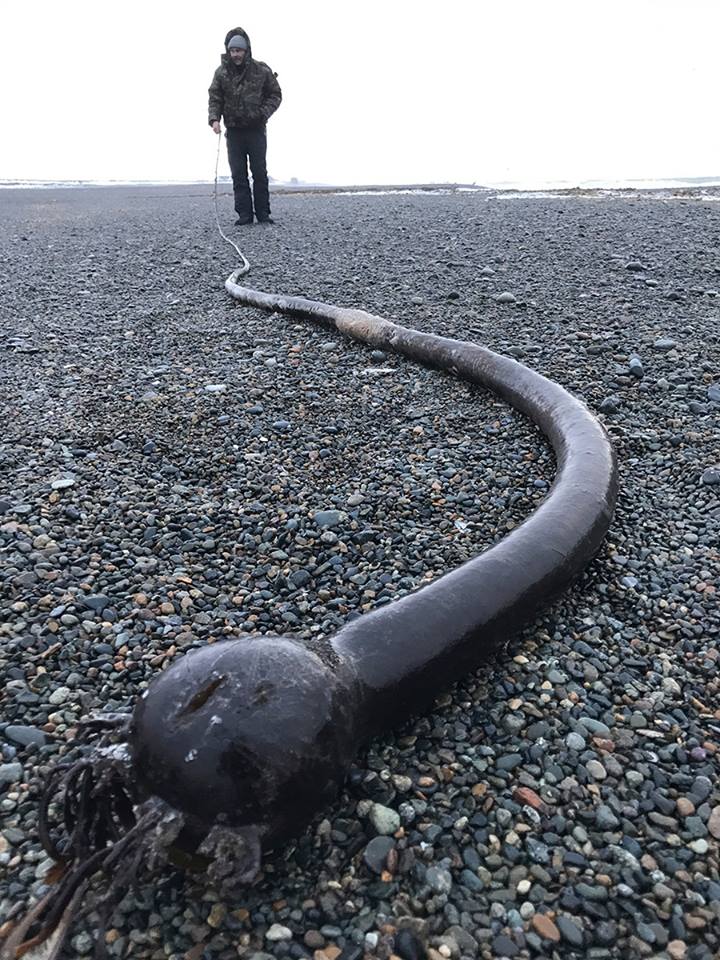 About the findings of long serpentine objects on the sea coasts repeatedly reported residents of the villages of the southern part of the Chukchi Peninsula. “Sea Snakes” this year could often be observed after strong storms on the seaside beaches of the peninsula. Brown “heads” and “bodies”, which are shown from sea waves, attracted attention of sailors from cargo ships passing along the north of the Bering Sea. According to some, this is most likely the organisms of animal origin: large worms, or unknown to science marine snakes. Others thought that these were objects of anthropogenic origin. Still others assured me that these were some kind of “mutants”. But about the relationship of “sea snakes” with kelp (“sea cabbage”), few guessed.

Nereocystis Luteke (Nereocystis luetkeana) is a representative of brown algae. In our seas, the species is imported – the “American”, which is distributed along the Pacific coast of North America from the island of Unalashka to California. This seaweed has a barrel up to 25 m long, which gradually expands upward. At the end of the trunk there is a bubble with a diameter of up to 20 cm. On the upper part of the bladder there are several short double branches, to which up to 40 long “leaves” – plates can be attached. The length of individual plates reaches 9 m. On the plates sporangia are formed. The narrowest lower part of the trunk is attached to the ground with the help of rhizoids, which form a cone with a diameter of up to 30 cm.

Despite the giant size, these algae are annual. They begin to grow in February-March, sporinate in November and break away from the soil in December. Nereocistis occurs at depths of up to 20 m. Its upper part of the trunk with a bladder and long plates floats near the surface. The thickets of neo-ocystis are so thick that it is impossible to get through them on a boat.

In December, after detaching the algae from the soil, the neo-ocystis goes on a journey across the Pacific Ocean. The trunks with the bubble often throw out on the Aleutian and Commander Islands. Less often, the non-oocystis gets to the southern Kuril Islands and the northern part of the Bering Sea.

Despite the fact that algae is completely “alien” to us, it still has “family ties” with the Chukchi Peninsula. It turns out that the species name “Luteke” seaweed was received in honor of the commander of the sloop “Senyavin” Fedor Petrovich Litke (Friedrich Benjamin von Lütke). Part of the route of this famous round-the-world traveler passed along the coast of the Chukchi Peninsula. About this famous expedition (1826-1828) and to this day resemble the geographical names of the Chukchi Peninsula: the Senyavin Strait, Aboleshev Bay, Cape Mertens. By the way, the author of the name of the alga is one of the participants of the same circumnavigation – the famous botanist Karl Mertens.