Giant tadpole was caught in the US 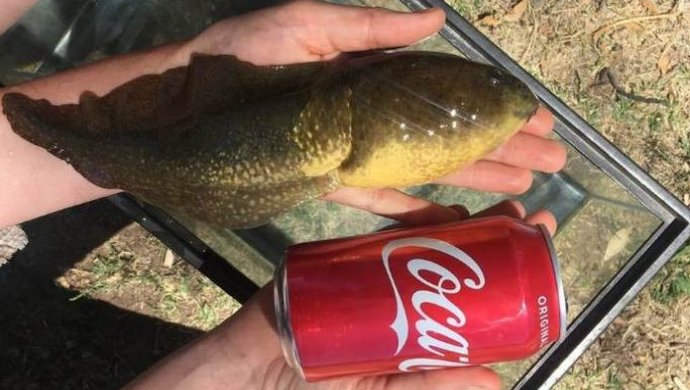 In the pond Southwestern Research Station, owned by the American Museum of Natural Science, one girl was caught a huge tadpole.

An American student, during a research work in one of the water bodies, came across an extremely unusual creature. The girl went into the water and felt a touch to her leg.

She miraculously managed to catch a giant tadpole, who constantly strove to swim as far as possible. After the girl published on the Internet a photo of her find, it became known that this tadpole belongs to the species of bullfrogs, whose size can reach 15 centimeters.

But its dimensions are so impressive that the tadpole has already been ranked among the largest representatives of its kind. It is assumed that the age of the find is about three years. For a number of reasons, he never evolved into a frog.