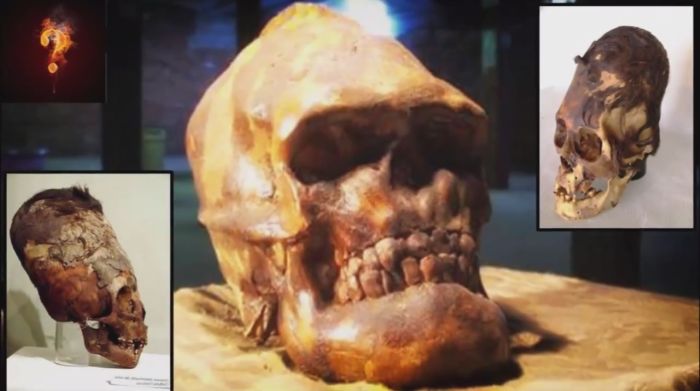 Ivan T. Sanderson, a famous zoologist and frequent visitor of the American show “Tonight”, popular in the 1960s, once shared with the public a curious story about the letter he received from some Alan Makshir.

The author of the letter in 1950 worked as a bulldozer on the construction of a road in Alaska.

He reported that the workers found two huge fossilized skulls, vertebrae and leg bones in one of the grave hills. The height of the skulls reached 58 cm, and the width was 30 cm. The ancient giants had a double row of teeth and disproportionately flat heads. In each skull in the upper part there was a neat round hole.

The vertebrae, like the skulls, were three times larger than those of modern humans. The length of the shin bones was from 150 to 180 centimeters.