Huge UFOs fly near the Sun 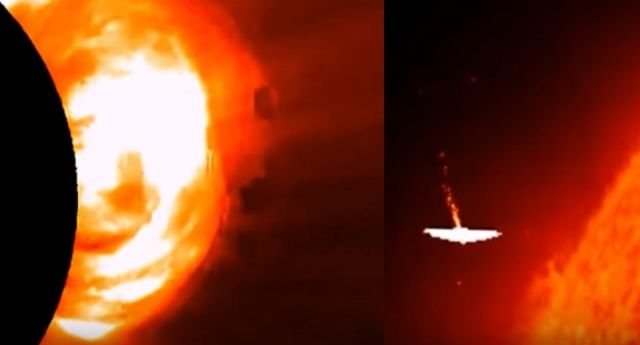 Satellites of NASA and ESA, revolving around the Sun, fix the appearance of unusual objects that look like huge spaceships, but to whom do they belong?

Scientists that would reassure the public even tried at first to explain these anomalies appearance of comets or asteroids, but these objects began to appear frequently on satellite images look so unusual that eventually astronomers did ignored the discussion of these facts, and we can only guess what the emergence of many similar objects in the immediate vicinity of the Earth.