Humanity is preparing to meet with aliens 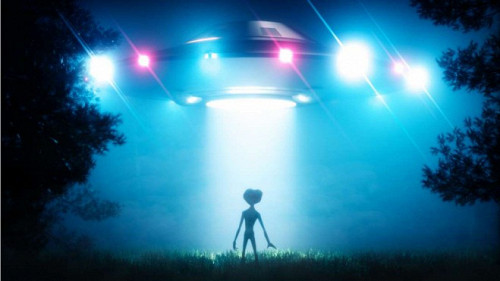 Humanity in the universe is clearly not alone. But for many years the search for extraterrestrial civilizations by various programs did not bring the expected result. The result of all studies is a depressing silence. Why?

Obviously, there are civilizations higher, lower and approximately equal in level of current development, but rather degradation, of humanity. Civilizations of higher orders we can observe only on the cyclopean, in the scale of galaxies, the results of their impact on the environment. But what is the trouble: for people, these manifestations are a consequence of the laws of nature. And science is such that even if something absolutely does not want to fit into the current paradigm, it is either swept aside as unreliable and not indicative, or the ears are urgently searched for which a “logical” explanation is attracted.

“Smart pessimists will understand that we have come to conquer, or at best, subordinate, and optimists will greet the” green men “as having brought goods from afar”

Civilizations of development below ours, of course, are interesting, but as long as people do not have the ability to quickly navigate between the stars, their search is highly problematic. Therefore, the only ones with whom we can be friends are civilizations of our level, but we can not get them for the same reason.

But brothers on reason, if they are a little more advanced than us, can quite easily master the technique of interstellar voyages. Well yes – UFO.

Recently, another theory of their origin has appeared. Allegedly, flying saucers are the fruits of dreams in reality – a special state of the brain, when it can not distinguish between reality and hallucinations. For sure, this is the correct explanation in a number of cases. But how can dreams leave traces on the soil, implant strange metal objects under your skin and do much that does not fit into the “sleepy theory of aliens”?

If you look at history, then about paleocontacts – visits of newcomers to the Earth in historical and prehistoric times – many books and articles have already been written. And if you listen to some researchers Sumerian civilization, then humanity in general is the result of genetic modification, and it was formed when crossing aliens and human ancestors. The most interesting thing is that this theory fully fits with the fact that at the very beginning of human beings there were about one hundred thousand. But where did they come from? For some reason none of the serious scientists answers this question. Okay, let’s just say that I just did not get that answer.

There are suggestions that with representatives of extraterrestrial cultures, some great people communicated, whose discoveries in various fields radically influenced our progress and culture. Along with the aliens, Buddha, Christ, Newton, Paracelsus, Tesla, Einstein were announced acquaintances with the newcomers … They also add a long list of science fiction writers.

There are people who believe that America needs its technological take-off in alien technology. What, Russia then, too?

In the military department of many countries there are departments dealing with UFOs. They collect information, analyze and report to the public that all these are abnormal natural manifestations that are not related to aliens. And what they send to governments as reports – nobody knows.

However, no one forbids us to deal with the ufologists of plates. Learn. Only here is what can be done at the maximum of enthusiasm with small funds? Many, but clearly not enough, that all people believe in the phenomenon of aliens people.

But in fact, imagine that in a minute TV broadcasts will be interrupted and the announcer will give an emergency message: representatives of the civilization from the constellation Orion have entered into official contact with us. Part of the people immediately collapsed into a swoon, the other crawls out into the streets to chant and write on the walls slogans “Orions – off Earth!” And “Earth – for the Earth!”. Clever pessimists will understand that we have come to conquer or, at best, subordinate, and optimists will greet the “green men” as bringing goods from afar. In short, the entire planet, where there are talking boxes, will be in utter confusion. And it’s gently said. How long the planet will recover from the shock – not less than a few years. In the end, the aliens just get used to …

But, most interestingly, the process of getting used to aliens has been launched for a very long time and is perfectly implemented. His comic books, computer games, cartoons and films are conducted. After all, who is the most receptive to information that is considered fantastic? Children and teenagers. Children – cartoons about Pokemon, teenagers – films about the stellar landing.

But even here everything is not so simple. In fact, there are seemingly several opposing teams in the extraterrestrial field of influence. One, very small, declares that aliens are, but rarely get to Earth and no one needs our planet. Adherents of this position show cosmic travelers as lovely, ridiculous, but possessing superpowers, which they use for the benefit of friends, and sometimes all of humanity. Those kids who like this theory, most likely, grow contactees.

Another team suggests that the aliens are all evil and ugly creatures that sleep and see earthlings in shackles or well roasted with spices. With these extraterrestrials you have to fight to the death. It’s not hard to imagine that fans of such products will easily go to armed opposition from other worlds, without even knowing what their goals are.

The third group frankly mocks the “green”. They are smart, but they are full of idiots. Their appearance is unusual, but they make it ugly. These products count on the same optimists.

And, at last, the fourth approach: aliens such weight of types, kinds and such other that it is possible to get confused, but it is not necessary. There aliens are the same as people. Only another form, with a different psychology, customs and preferences. Among them there are evil, and good, and none. Here, probably, prepare travelers for the galaxy ….

Why – we already found out. But who? Who gives the order?

There are at least two options.

The first has already sounded: the governments of the Earth, which (we will assume such a moment) have been warned that in some not too distant future aliens will nevertheless reveal themselves before all people, and not just the elite. Governments figured and decided: we will prepare art.

The second option is fantastic, but it also has the right to be: with the help of alien fiction in all kinds of children somehow accustomed to tolerance for future visitors to the Earth.