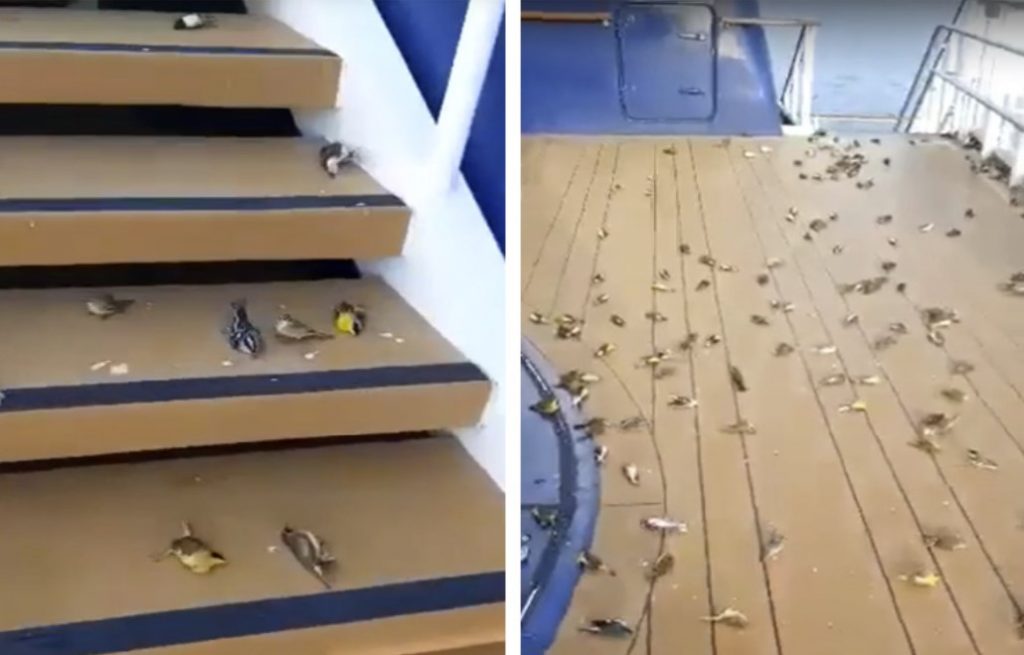 Crew members say this is the first time they have seen such a phenomenon on a ship. The team was warned that it is forbidden to touch dead bodies. The cause of death of the birds remains undetermined.

One crew member explains that last night there were many birds flying around the ship: “it was a beautiful night, and we could not believe our eyes when we woke up this morning and saw so many dead birds on the open deck of the ship”

Another crew member continues: “We woke up from the announcement of the captain, he asked not to go out on open decks, not to touch the birds. I really love animals and did not want to see them and could not help. I still can’t stop crying, and no one can give no reasonable explanation ”