Hundreds of dead birds suddenly fell from the sky in Utah 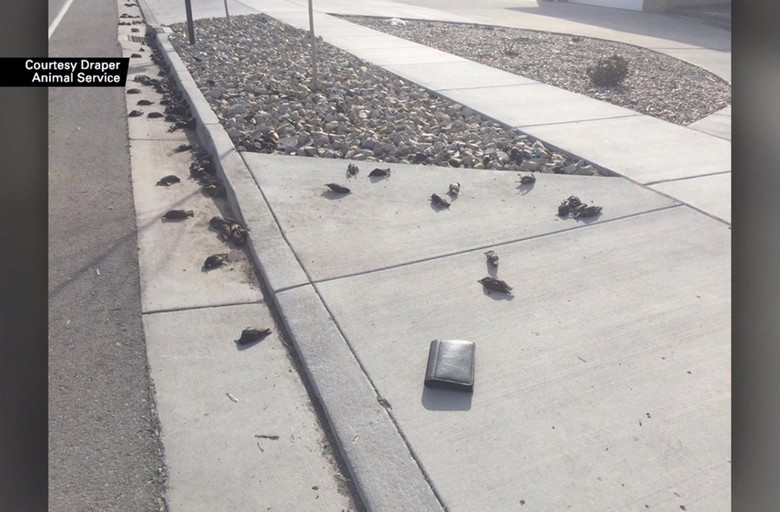 The most mysterious event occurred in the city of Draper, Utah (USA). On Monday, January 29, 2018, more than two hundred starlings fell dead from the sky onto the road, directly to cars driving along it.

The people of the city are still wondering what happened to the birds, and Sergeant Chad Carpenter from the Drapera Police Department says that this was one of the rarest things that happened in his memory in the city. 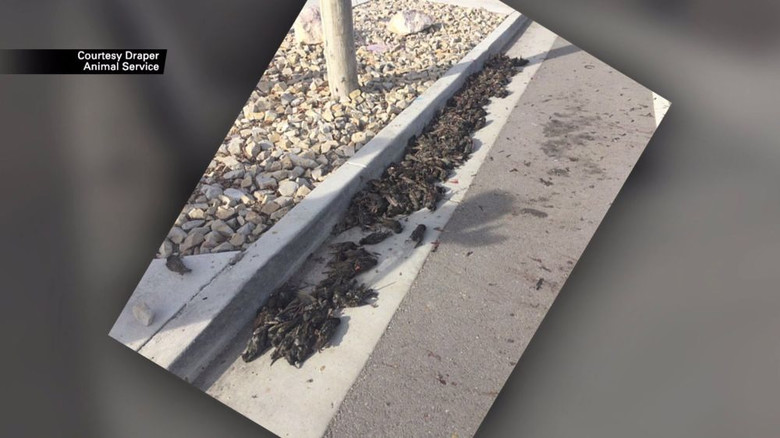 Later it was considered that the birds were several hundred and all of them belonged to the same species of starlings. Birds fell only on one section of the road.

“The starlings often fly in big black flocks, you must have seen such a flock in the sky,” says Sergeant Carpenter. “They make different pirouettes and figures in the air.”

According to some scientists, this behavior of starlings in the pack (in science this is called the phenomenon of marmurations) helps them to protect themselves from birds of prey and keep them warm in the cold winters. But why did this flock fall to the ground? Among the people quickly went the version that the birds encountered alien UFOs or ate poisoned food or were hit by lightning. 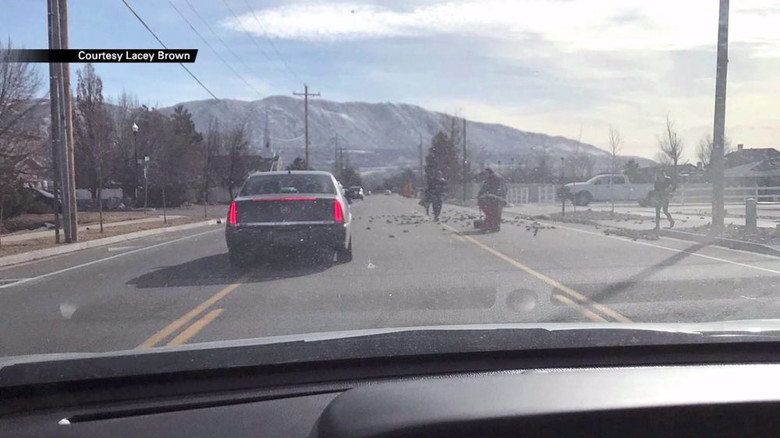 Sergeant Carpenter assures that it’s not a matter of poisoning and certainly not in the aliens, but the birds most likely crashed into the large, tall truck ahead of them and after their body flew apart in different directions.

Corpses of fallen birds quickly dared off the road workers from the city service for cleaning corpses of animals. According to them, some birds were still alive.

“It was not a spectacle for the faint of heart,” says Lacy Brown, who managed to notice (and record) how the fallen birds were removed.

Journalists learned that among the fallen birds there were 17 alive and they were transferred to a local rehabilitation center for animals with the hope that they will recover and be released back into nature.