Hundreds of pink Cockatoo fell from the sky in Burr, Australia 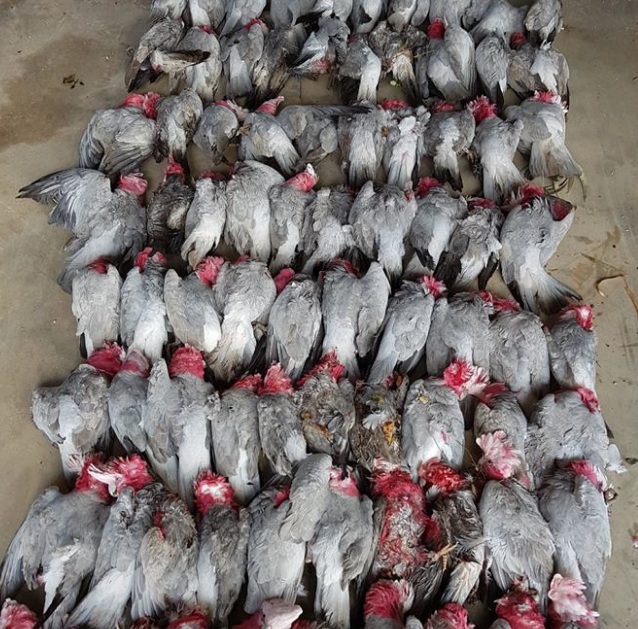 More than 200 pink Cockatoo were found dead in the South Australian city of Burr, which prompted investigations by the State Department for Environmental Protection and Water Resources.

According to the coordinator for the rescue of animals Ruth Norris, the dead birds looked healthy and the cause of their death is not established.

They were all found in a small area around the old courthouse and police department, on Sanskrit Street, in North Burr.

Mrs. Norris said that this means that it is unlikely that they died from eating some seeds from the sowings of local farms. In this case, dead birds would be found on a much larger area.

An autopsy showed that there was very little grain in the stomachs of the birds. “They have a good body condition, so this is not a weather event, it’s not a disease, it seems very unusual event,” she said. According to her, cats and dogs that touched dead birds did not get sick.

A representative of the Environmental Protection and Water Resources Department said that the employees “study the circumstances of the incident, but no official report has yet been made.

“We are very concerned that we do not know what caused this. It seems that this only applies to the pink Cockatoo. I hope we will know the reason for this event after the study conducted by experts ”

This is really strange. Hundreds of birds suddenly fall from the sky, and no one can explain this strange phenomenon?