Ibiza is captured by snakes 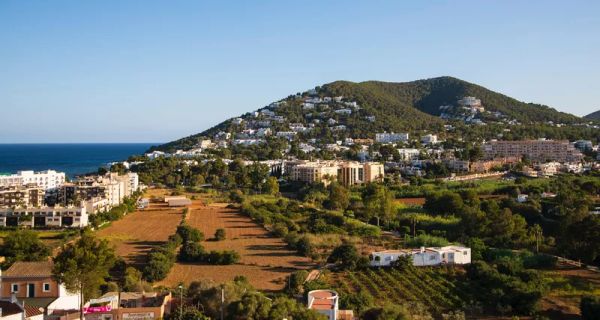 The danger of snakes is in their invasiveness. Foreign to the local ecosystem, they threaten some animal populations and even the island’s economy.

Most people associate Ibiza with clubs, carefree youth, with Leonardo DiCaprio, soaring above the sea on a flyboard, finally … But not with snakes, which have recently caused concern among local residents.

The snakes didn’t just decide to migrate to Ibiza. People brought them in. The earliest evidence of a snake in Ibiza dates back to 2003. She was seen in the village of San José de sa Talaia. A gardener noticed the snake sitting on the trunk of an olive tree brought from Spain.

“The island believed that snakes would never survive here due to the nature of the soil,” says Bernd Brozius, the former owner of the landscape company. Until 2003, no wild snake species was recorded on the island, except for the pygmy viper, which disappeared when humans first arrived in Ibiza 4,000 years ago.

Now snakes are found everywhere. For many years, gardens have been planted in Ibiza from imported trees. But since plants are a habitat, someone always lives in them. When you bring a tree from another country, you bring in its inhabitants: “They have holes, cracks, various places where animals can hide,” says biologist Samuel Pigna from the University of the Balearic Islands.

Researchers and officials in the Balearic Islands believe that it was the olive trees (brought from the roots) that became the main transport for the snakes. Moreover, all these snakes live in the regions of Spain, where the trees were brought from. According to a 2019 report, along with ornamental olive trees also introduced to Ibiza, a yellow scorpion and Macrothele calpeiana, a very large European spider, came to the island.

But only a small percentage of the species introduced to the island have an impact on the ecosystem, which is why these species fall into the category of “invasive”, which are considered a serious threat to local biodiversity. For example, the speckled lizard (Podarcis pityusensis), which is considered the symbol and talisman of the island, makes up a significant part of the diet of the horseshoe snake that suddenly found itself in Ibiza. It is no longer in some areas where these snakes live. If the horseshoe snake spreads across the island, the lizard will disappear altogether, biologists are sure.