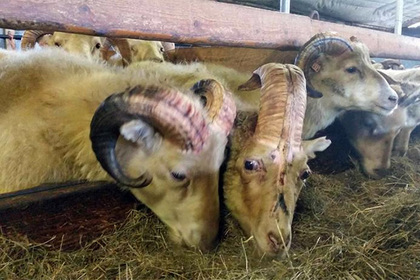 Icelandic farmers found a one-horned sheep. According to Erla Tori Olafsdottir, to whom the animal belongs, its horns are joined together and branched out only at the very end. She suggests that this is a mutation, because the parents of the ram had two horns.

Because of the strange appearance, the shepherds first took the animal for a goat. Old farmers living in the district come to Olafsdottir to look at the unusual ram, who received the nickname Einhirningurur (Unicorn).

“The horns stretch his muzzle, especially near the eyes, so he always has a little surprised look,” says the woman. “He’s a bit like people who made a facelift.” She argues that Eininhinguur is of a calm temper, but sometimes he has skirmishes with other sheep.