In a car accident, a man acquired a memory “like Dory the Fish” 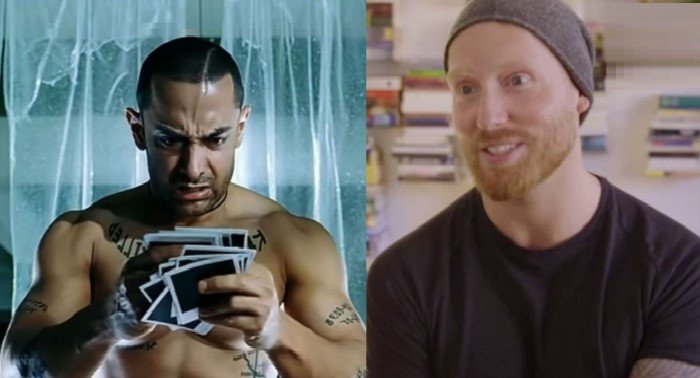 Dory the fish from the Disney movie “Finding Nemo” suffered from short-term memory problems, forgetting everything that happened to him a few hours ago.

The same thing happened in 2015 to a man named Daniel Schmidt from Germany – after he was involved in a car accident and suffered multiple injuries, including a head injury.

He underwent intensive physical therapy and classes with a speech therapist to regain his ability to speak, but the one thing he could not recover was his memory.

With a third-degree head injury, Schmidt has been unable to translate short-term memories into long-term ones, which means that when he goes to bed at night, he forgets everything that happened to him that day.

He has forgotten the people he met, the places he visited, all his actions.

“I was going to visit my sister that day when I got in the car on the highway. There was a traffic jam, and I joined her last. I was sitting there, and then a car pulled up behind me – it was a big seven-seat car with a young family inside, and its driver was totally oblivious to the traffic.

He crashed into me at over 80 miles per hour. The whole highway was closed after that. I had a lot of injuries, but they weren’t too serious. I was airlifted to the hospital. I had a severe head injury – they call it a third-degree injury,” Schmidt said.

Daniel Schmidt survived the crash, which experts believe could have easily been fatal for him, but that day he lost something many of us take for granted – his memory.

Even after Daniel regained control of his body and learned to speak, he could not return to his former life. He couldn’t even remember his old friends or feel connected to them, and even his relationship with his then-girlfriend became very difficult.

“I had to get in touch with her in three days at the latest. I needed to hear her voice, we needed to communicate and see each other, otherwise I would forget her, and when I saw her again it would be like the first time for me. ”

Now Daniel keeps lists of things he does each day to make sure he remembers them the next day, but in order to form long-term memories of them, he needs to repeat them daily for a longer period of time.

“If we went out two days in a row, Daniel might remember us. But if we came in two weeks later, he would never recognize us,” says Nadine Niemann, the filmmaker who made the documentary about Daniel Schmidt and his unusual memory problem.

“But we took precautions. I always talked to him the day before filming. He could remember voices, and he had a picture of us hanging in his kitchen.”

Daniel and his girlfriend now have a boy child together, and one of the things he regrets the most is that he completely forgot when his birthday was. It’s one of those things he’s learned to live with, but he admits that some days are harder than others and that he struggles with depression from time to time.

Daniel Schmidt’s case is similar to the script of the classic romantic comedy “50 First Dates” starring Adam Sandler and Drew Barrymore, only his story is far from romantic.

He and his girlfriend Catherine eventually broke up, but they still see each other often as Daniel remains involved in his son’s life. Although Daniel hopes that one day he will regain the ability to process short-term memories into long-term ones, the prognosis is not too encouraging.