In Argentina, a mutant calf with a human face was born 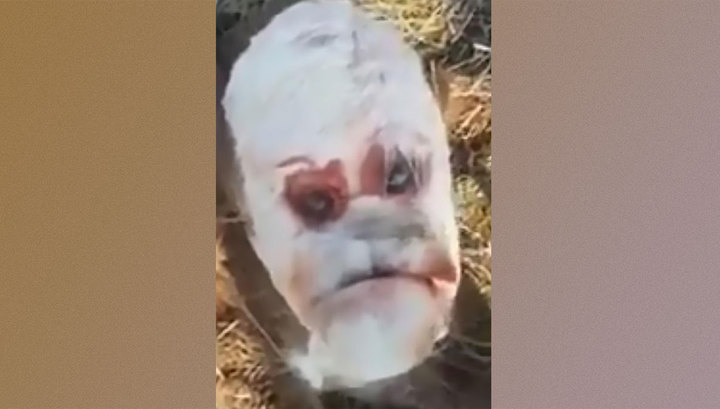 A mutant calf was born in Argentina whose face resembles a human face. Relevant videos appeared on the Internet, and the Daily Mail drew attention to it.

The frames show the body and head of the calf. The animal was born with a small nose and mouth, with a deformed skull. The mutant calf barely held his head. According to the publication, the animal died just a few hours after birth.

Local farmers were struck by the similarity of the muzzle of the calf with human features. Genetics expert Nicholas Manago commented on an amazing phenomenon. According to him, this is a spontaneous rare mutation, which is caused by the action of mutagens, chemical, physical, biological agents. They changed the sequence of genes, which affected the appearance of the animal.

In March 2017, a five-legged mutant lamb was born on a British farm. The owners decided not to slaughter it for meat, but to make it a pet.