In Argentina, a security guard at the landing site of a UFO collided with an alien 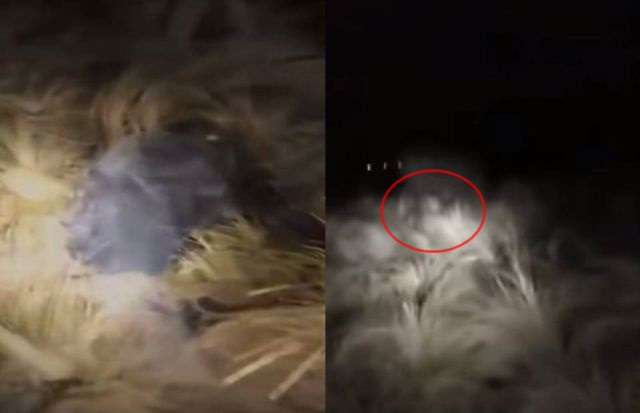 A strange incident occurred on Saturday, August 4, 2018, at about 5 am in the city of Cordoba, Villa María, Argentina, more precisely in the area of ​​the former Aero Club, including the Ramón Carrillo district and the campus of the National University of Villa Maria.

Eduardo, the guard of one of the neighboring companies (BPB), saw several lights moving across the field behind the company building, near the mountain, so he decided to investigate it.

When he arrived at the scene, about 200 meters from his place, he found several circular marks on the burned grass, which still emitted smoke and is very noticeable in the video recorded by Eduardo.

But most of all, it’s surprising that the security guard ran into a creature that seems to have landed on the ground, and then escaped into the bushes.

“I saw something like an animal … but it was not just an animal, so I screamed, and then I started to shoot the air from the gun. It was strange and unusual, and very eerie. ”

It remains to be seen whether the company that owns the land initiated, investigated or analyzed the possible traces of UFOs.

It is worth noting that in recent times, cases of UFO sightings have increased in Argentina, and in addition mysterious deaths of livestock began in which unknown people cut out certain parts of the body. The incisions were similar to the surgical ones, the one who made them had knowledge and some advanced tools. 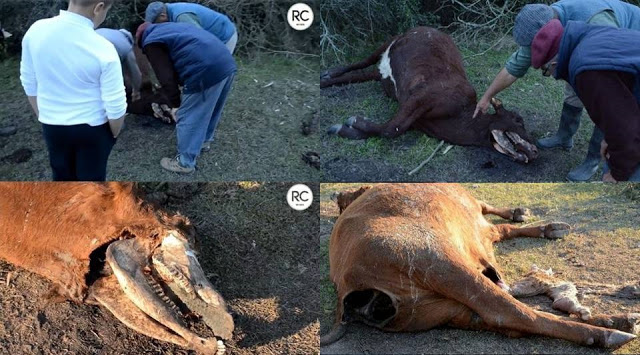 In addition, carnivorous carnivores showed no interest in the maimed carcasses, and what is even stranger, even the flies avoided decaying carcasses of animals.