In Argentina, farmers are faced with strange creatures

Kind of creatures was so bad that farmers began to shoot at them with guns, but the creatures quickly disappeared and get him failed. This strange incident has occurred in 35 km from Rio Colorado and the city of La Adela in the province of La Pampa.

It is interesting that in this area in 2002, it was found 40 mutilated corpse of animals mutilated by unknown cut out the eyes, tongues and other organs. 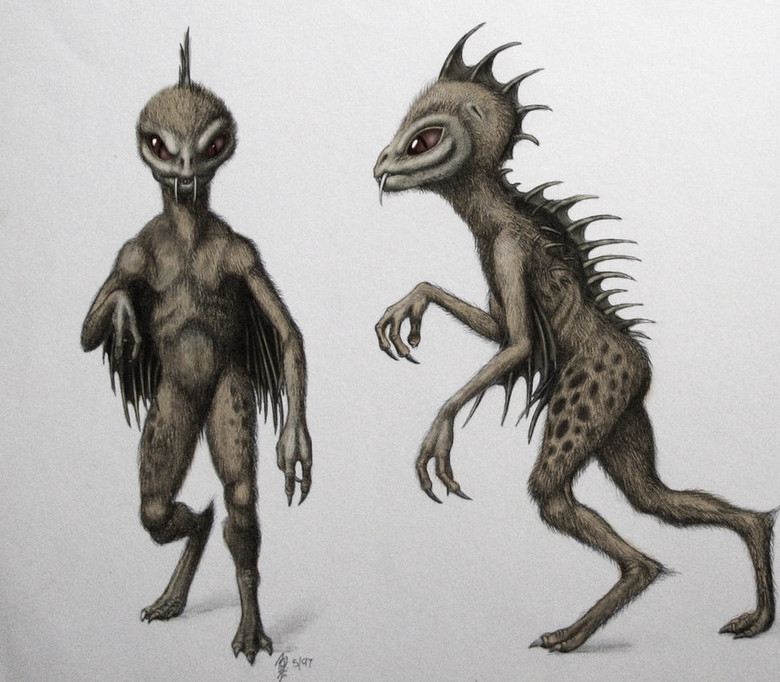 According to witnesses, the creatures were of different height, gray color, and covered with scales. On the scene called the police, as the farm workers refused to perform their duties and they were afraid to go outside the farm.

Surveying the scene, police found strange footprints, and the footprints were located approximately 10 meters from each other, unknown beings, faced with farmers, ran away from them, making huge jumps a large distance.