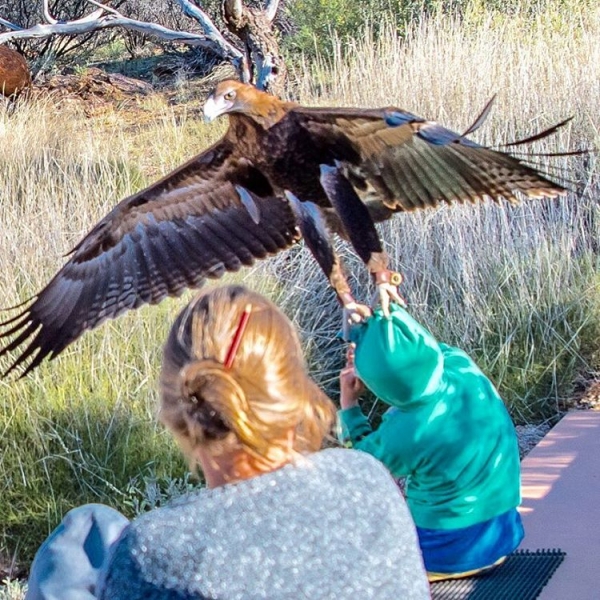 In Australia, a huge eagle tried to steal a young child, taking him for a small animal. The incident occurred in the nature Park Alice Springs Desert Park, which hosted the exhibition of birds of prey. The child received a small injury and not a little frightened.

As eyewitnesses told, the Chinese eagle flew over the crowd and tried to grab the child. The boy wept, and his mother was just in shock from what happened. Exhibitors quickly turned his show with the birds.

The boy at the age of six or seven was wearing a green hoodie with the hood pulled down over his head. Probably because of this “camouflage” the bird did not recognize him as a man and took him for prey.

The moment when an eagle tries to grab the child, captured one of the visitors of the show. He published a photo in Instagram, explaining that the bird was about to land on the perch to allow visitors to photograph her. Instead, for some reason she snapped at the boy.

Klinkovsky eagle – a large bird of prey family accipitridae. Its body length can reach meters and a maximum wingspan of 2.3 meters. The weight of such birds can reach five pounds.