In Australia, the Chupacabra is rampant 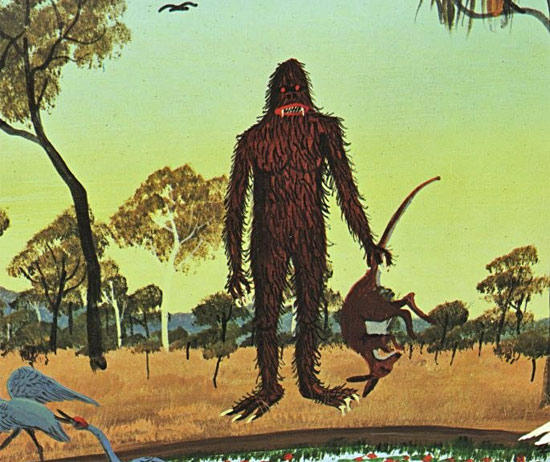 Something predatory and great terrorizes the coastal area of ​​Sunshine Coast in the Australian state of Queensland. It cleverly penetrates into closed sheds, opens aviaries, kills and eats birds, leaving virtually no traces. And it is so large that it damaged the gate when trying to penetrate the peninsula for guinea fowl.

According to the Sunshine Coast Daily, a local resident Kay McCulloch wrote on her Facebook page that an unknown animal had penetrated the neighboring site at night. It damaged the closed entrance gate and turned the cells, which contained guinea hens and killed three birds. At the same time there were no bodies of birds, it devoured them entirely in their place or carried away with them, only a few feathers remained in the cages.

On the ground there were also very large imprints of an unidentified beast. “People think it was a panther or a jovi,” the woman suggested.

The word “iovi” in Australia is called the local analogue of the Snowman. About this creature Aborigines tell a lot of stories. It is believed that they are distributed mainly in the eastern states.

Some cryptozoologists are confident that we are talking about an unknown species of monkeys or even one of the ancient human species that has survived to this day.

Anyway, after the attack on guinea fowl, Kay McCulloch once again had a chance to meet this creature. Last Saturday she heard an unidentified noise at night. She left the house with a knife in her hand and started screaming to scare an uninvited guest, and then she heard a “loud growl and something like a snort.”

“Then it fell silent and after I heard a sound as if it had jumped our fence (more than a meter in height) and ran along the road to the west.It ran off so quickly that when I reached the gate, there was no one there anymore.”

Officially it is assumed that the attacks were performed by dingo dogs, since people saw a flock of dingoes in the area. “Panther”, that is, big black creatures similar to cats, are not officially found in Australia, and dingoes usually do not notice such things. However, in 2016 one local farmer said that dingoes became more bold and aggressive and when they go in a pack of 4-6 individuals, even a person feels close to them in danger.

Was it really dingo or something else? Can a dingo break a fence and turn cages with birds? So far no answers.