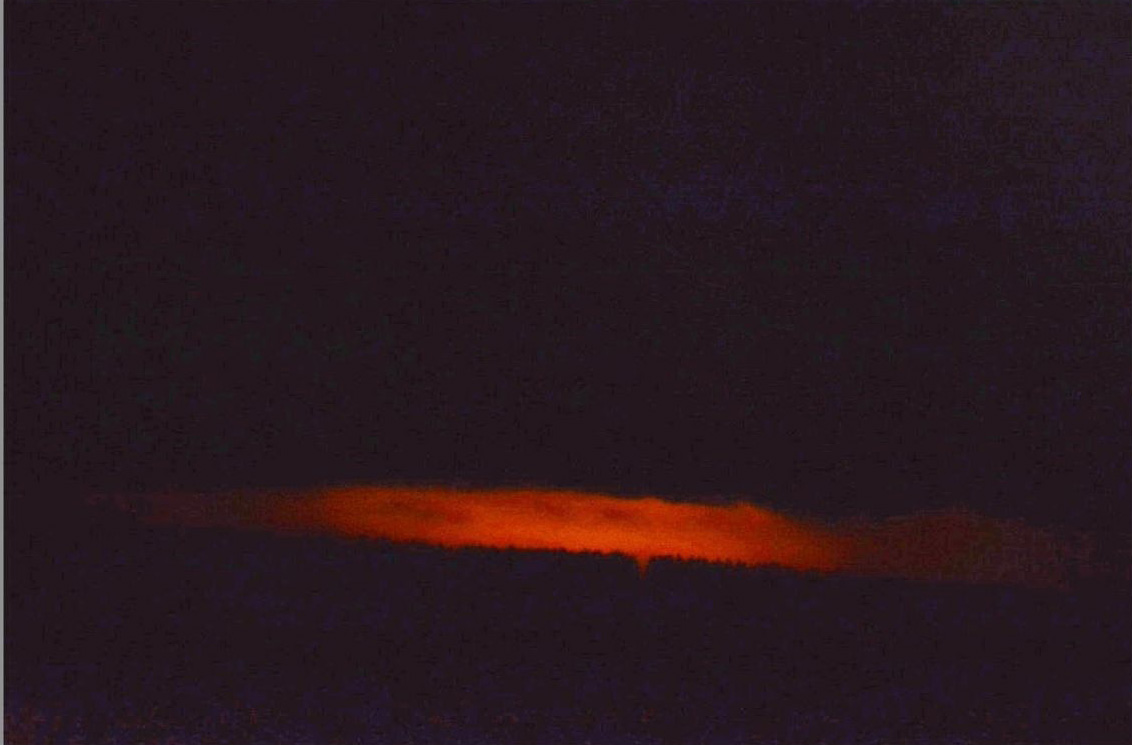 In Bashkortostan, near the lake aslykul the village Chuparosa, famous Ufa scientist, Director of the Institute of environmental assessment and bioinformatics technologies Victor Valuev has recorded a unique natural phenomenon. Late night — 01 hour 51 minutes, through the clouds made its way glow.

“Lower the glow was the brightest, because there was clearance between the clouds, and the top clearance was not completely released from the clouds, so it was less bright. Moreover, it was not light and smooth, flicker-free light. First, coming out of the tent, I took this phenomenon for the sunset, but there’s former colleague Dmitry Zernov said: “Victor! Look at the time!” But the time was not 10 minutes to two hours a night,” said Victor Valuev.

Scientists believe that if it were the glow of a fire or lighting something, that would have been visible lit clouds. Hence, the light source was from space and not from earth. Thus, the question arises: if this is not the sunset, not a fire, not lightning, not the Northern lights, then what is?

Victor Valuev believes that while you can only state the fact — we are faced with the unexplained phenomenon.

“Some dear people think that it was the reflection of the clouds ten miles from the earth. However, this assumption is not tenable.

The phenomenon was observed in the morning, the sun went down at eight in the evening, that is, between sunset and the observed phenomenon it’s been five hours. Question: if it was the glare of the sun, then why didn’t we see it all these five hours?

But the weakest point of this theory is that the millions of people in a lifetime have not seen such a phenomena.”