In Biysk Chupacabra attacks on animals 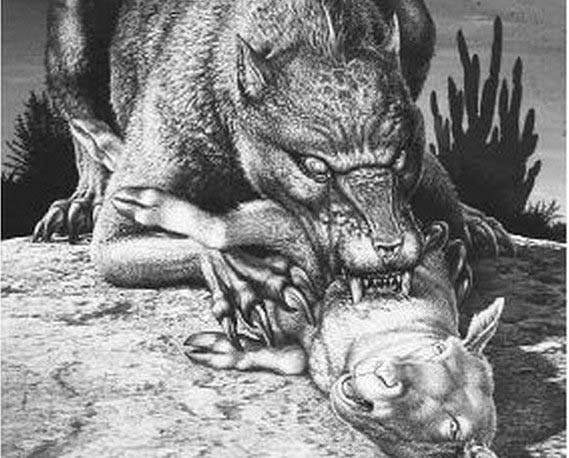 The townspeople say the Chupacabra is back. Marks on the fence and cages. Felts from the teeth. Or omitted from the claws. An unknown animal came to visit the family of Vladimir and Larisa Shishkina night. Home at the time was only Vladimir. He heard a suspicious noise in the yard.

Hear, she squeaked, I jumped out, look only flashed, ” well, the guests were, then the light turned on, looked like to be seen.

In the morning Vladimir and his wife Larisa saw the result of the visit the night visitor. In the yard they are cages with rabbits. One of them was open. Large, almost ten-pound rabbit, who recently had to breed, lay dead on the ground.

Here in this cage was a rabbit, but the carcass was lying here, head neck, drained of blood, that all the blood was, it is necessary that power to expand the box to open, now closed.

With the beast-a vampire family for the first time faced this time last year. Then, a similar invasion occurred in different districts of the Altai territory and in the Kemerovo region. Unknown predator made their way to the private yards on the night, destroyed the animals and disappeared. Dogs are the votes not cast. In the courtyard of Larisa and Vladimir the beast in 2015 was visited four times. Drained, he left more than twenty rabbits. The hostess managed to see night of the vampire, as she called it — the Chupacabra.

Here’s a long ago it is, the tail is bent, one bent tail, the other tail a little. She ran to him. So the tomatoes went, and I here paws I put through the tulle look, you know, she’s gray seemed, well, large fangs, and teeth as crooked, but his eyes are red.

Now the owners are on duty every night. Traps and poison, as shown, the intelligent animal bypasses. There was hope for self-made network which Vladimir and Larisa halt cells from rabbits. The owners believe that tonight the beast came again. However, the network has not reached.