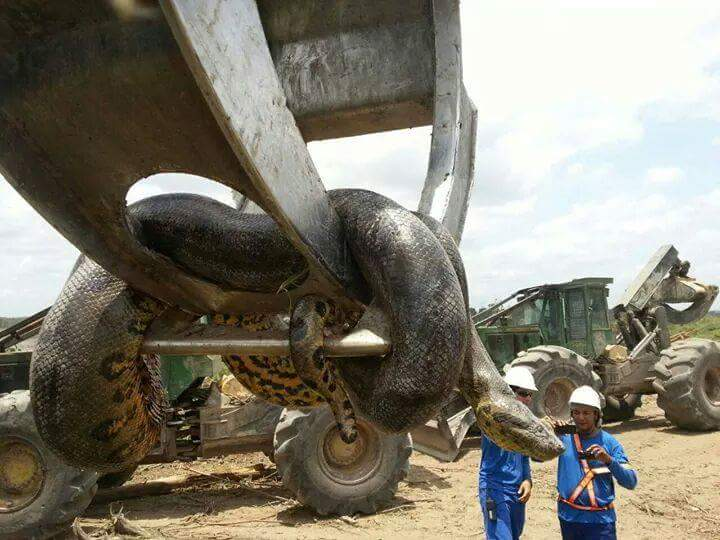 Workers building a dam in the Brazilian state of pará, blew up the rocks and opened a passage to the caves of Altamira, where it was found alive a 10-metre Anaconda. The giant Anaconda is 1 meter in diameter, weighs 400 kilograms, and at length reaches 10 meters!

At the moment it is unknown what became of this giant snake next. judging by the video posted workers found the snake, they were measured and weighed, photographed on her background and apparently a snake by this time was already killed them.

Looks fake. However a reliable explorer, Percy Fawcett, said that he saw giant anacondas. Many people did not believe his accounts, but nearly all of them have come true.