In California, a block of ice fell from the sky and broke the roof of the house 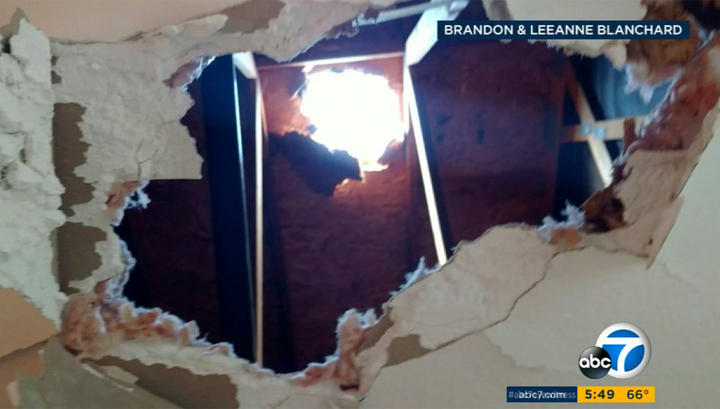 The lump of ice that collapsed on the house of the family from the Californian town of Cinno almost killed the people who were there. He broke the roof in the bathroom, where at that moment, fortunately, there was no one.

“There was a wife in the house, she said that we had an explosion or something like that,” Brendon Blanchard told. He added that a huge hole formed in the roof above the bathroom.

“I could not understand how this could happen.” A clump of ice was clearly falling from the sky, and then I realized that it could only fall from an airplane flying over the house, “the landlord says.

Blanchard wrote statements to the police and to the US Federal Aviation Administration. The investigation of the incident began. According to the American, the most difficult was to explain what happened to the insurance company.

“They laughed a little, but I think that such cases are not uncommon in insurance practice, so I have to help,” the victim said.