In California observed the phenomenon of fire falls 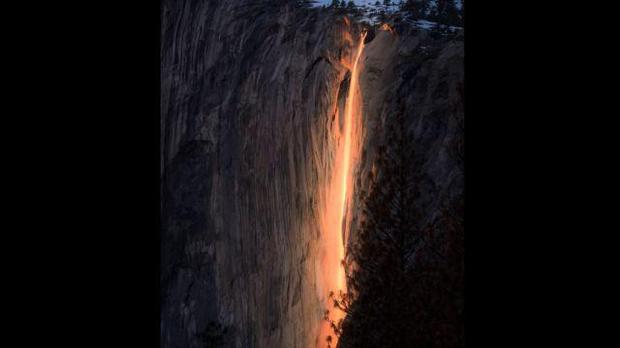 In Yosemite national Park in California captured an unusual phenomenon, called the fire falls: the rays of the sun illuminate Horse Tail waterfall in the rock, the El Capitan, that it becomes similar to a lava flow.

The chance to observe this phenomenon falls Park visitors annually in the last two weeks of February. When the rays of the setting sun fall on the water flow, he at any time becomes a bright orange.

This phenomenon depends on a number of conditions, including cloudiness and air temperature, so wait until the fire falls is not always possible.