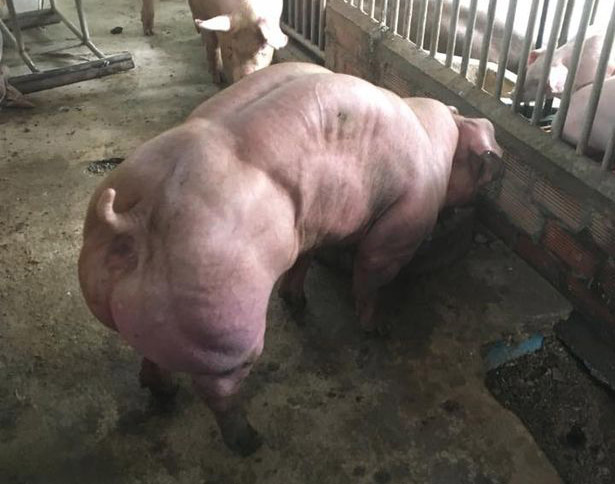 The network received frightening shots, which are imprinted with pigs mutants with “double” muscles, which is grown by a farmer from the Cambodian province of Banteaymeant. A man sells not only meat, but also a seed of genetically modified animals. Zooists in horror.

The desire of farmers to breed such animals is due to the high demand for pork, which is not only in Cambodia, but also in China, the country, with the largest meat market on the planet. With each mutant, you can get several times more “product” than with an ordinary pig.

“Two-stranded” pigs were bred by biologists from China and South Korea in 2015. The problem is that out of 32 such animals only 13 survived to 13 months and only one was considered healthy.

Internet users are shocked by the above cadres. People are outraged by the actions of the farmer, to which he goes for profit. Cambodian mutant pigs are already interested in representatives of the animal protection organization PETA.