In Chicago, noticed a fox mutant 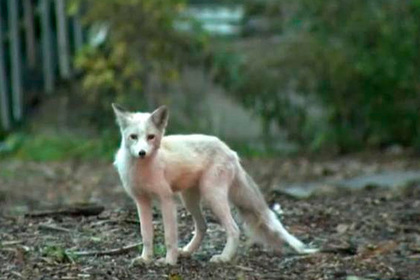 A strange animal, noticed by residents of the American city of Chicago in Illinois, turned out to be a fox with a rare genetic mutation.

Reports of a beast with white wool, which appeared in one of the districts of the city, for several weeks came to the control of the control of animals in Chicago. Eyewitnesses believed that they met a coyote or a stray dog.

In reality, the animal was a five-month-old fox who fled from one of the Chicago residents who started him as an exotic pet. Its unusual color is explained by leukemia – a rare mutation, in which the animal partially loses the pigmentation of the outer cover.

The owner of the animal provides assistance to the animal control department. Despite this, it was not yet possible to catch a runaway fox.

With leukemia, the animal may completely lack pigment cells. This distinguishes it from albinism, in which melanocyte cells are, but are not able to synthesize melanin.