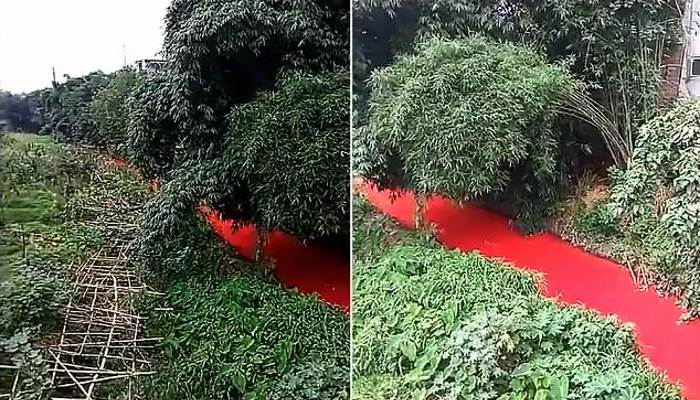 Strange phenomenon was noticed in the city of Yibin in Sichuan province in the south-west of the country. Frightened locals began to publish photos and videos of bright water in the network. The authorities explained this by a leak of paint from the factory manufacturing the packaging.

Factory workers claim that the paint will not cause harm to people and the environment, since it is produced on a water basis and does not contain any poisonous substances. Nevertheless, the organization will be forced to pay a fine. Ecologists quickly installed three dams to filter the colored water.

It is reported that they managed to prevent pollution further downstream. Xiangbi is a tributary of the Yangtze, one of the main rivers in China, inhabited by rare species such as the Chinese alligator and Korean sturgeon.