In Hawaii in the Kilauea volcano area, a magnetic field 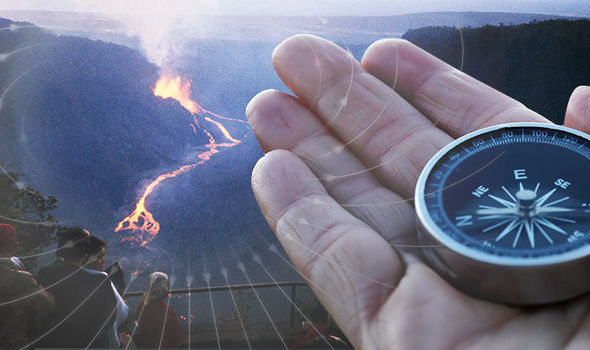 This discovery first put scientists at a dead end, then geologists put forward a hypothesis about the causes of this strange phenomenon. According to them, the magma under the caldera of the volcano contains a huge amount of iron and in fact this magma is a floating magnet, which influenced the polarity reversal of the magnetic field.

Scientists believe that 780000 years ago, the magnetic field of the Earth for unexplained reasons changed and the South Pole became the North, then the lava under the Hawaiian volcano froze into a piece of iron surrounded by rocks, but the poles of this huge piece of iron kept the position that was before the change of the magnetic poles on the whole planet and now when the magma has melted, this ancient true magnetic “compass” shows the poles where they were before the general pole reversal in antiquity.

Moreover, scientists believe that our planet is rapidly approaching another global change of poles. The magnetic field of the earth is very weak and the poles can barely stay in their places and very soon everything can repeat, as it was in the past and the poles will return to their usual places, the North will become the South, and the South – the North.