In India, 12 monkeys were found dead from cardiac arrest 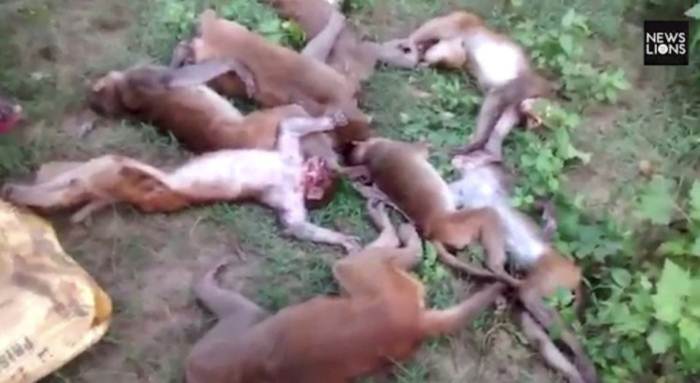 Employees calving nature protection, found on a clearing in the forest twelve dead monkeys. Initially, they had the assumption that the monkeys were poisoned, because they were a compact group.

The corpses of monkeys were taken to a veterinary clinic located in the Indian state of Uttar Pradesh. According to the results of the autopsy, it turned out that the monkeys were not poisoned, and all died simultaneously from sudden cardiac arrest.

Nature conservation officers voiced their version of the causes of the incident – monkeys scared the tiger and they died of fear, but this explanation sounds rather tense, because if all the monkeys living in India heard the snarl of a tiger die of cardiac arrest, then the monkeys themselves in India already would not remain.