In India a child is born with four legs

In the Indian city of Bellary, Karnataka, a boy was born with four legs and two pairs of genitals. The parents of the child called my son a gift of the gods and say they are ready to care for him as long as necessary. Cause mutations of the fetus is unknown.

The mother of the boy already has a healthy three year old son. According to 23-year-old Elitemma, at first she wanted to take the baby home, but then the doctors convinced her to give the child to a local hospital for further examination. 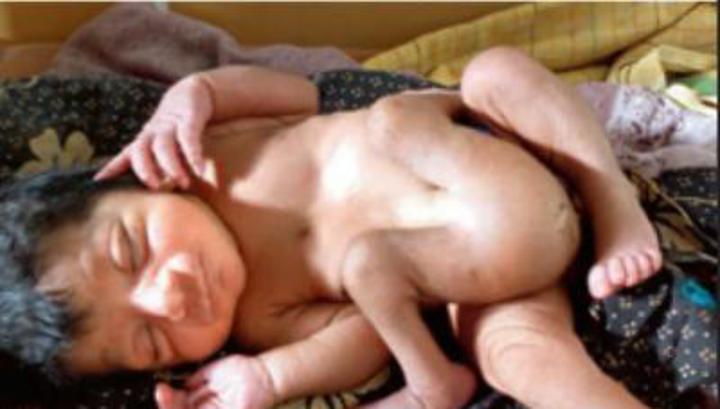 The woman says that her family is poor, and they have no money for treatment. However, at the moment, the kid with four legs examined by doctors. They say that the child is in stable condition. However, according to Indian pediatricians, is one of the most difficult cases with which they had to encounter.