In India, found a “Mowgli Girl” 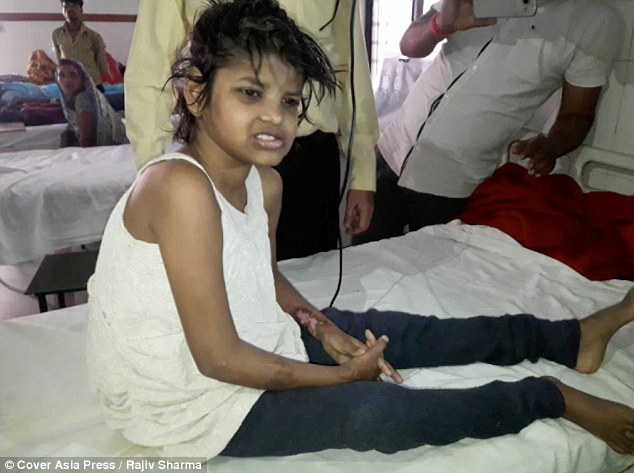 In the Indian reserve Katarniaghat Wildlife Sanctuary in the north of the country near the border with Nepal among a flock of monkeys, people saw a wild girl.

She managed to catch and place in the hospital, where the girl is still. The child looks about 8 years old. The girl could not walk on two legs and only ran on all fours. She also could not speak, only screeched like a frightened monkey.

While no one can say for sure how long the child has been among the animals, but probably for several years. The public and the press call her “Mowgli Girl” after the character of Kipling’s book.

The girl was taken from the reserve to the hospital two months ago and all the time people made attempts to establish contact with her and teach her at least simple things. However, according to doctors, the girl often falls into a state of anger and is very aggressive, although doctors say that she probably understands what she is told.

However, people managed to train her to eat less normally and one of the photos shows that the girl is holding a glass of water humanly. When she was brought here two months ago, she lifted her food with her mouth from the floor. She also learned to walk on two legs, although still basically and so moves on all fours.

On her skin, when she was discovered, there were numerous scratches and abrasions that were now healed.

The girl was found in the forest completely naked, next to her were three monkeys. According to the police officer, the girl felt calm and comfortable beside the animals, and when the policeman grabbed the baby, the monkeys attacked him and rushed after his car, where he put the girl and went with her from the forest.