In Indonesia, the child was born with two heads 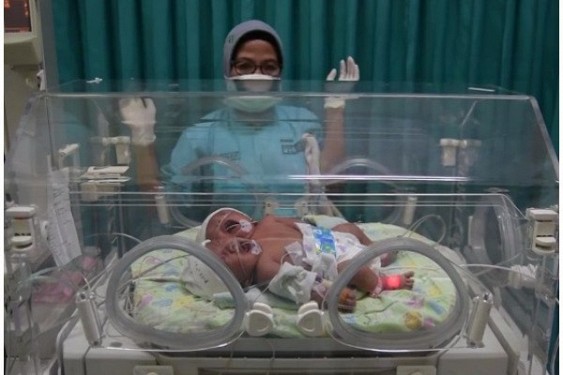 Unique baby with one body and two heads born in Indonesia. Immediately after birth the baby was placed in a special box, he was diagnosed with respiratory failure.

According to doctors, this child can not be attributed to Siamese twins, as it has one set of vital organs, despite the two heads. That is, divide them in the future, is not possible.

Doctors suggest that the reason for the birth of this baby was a genetic mutation in the early stages of pregnancy. And that’s what caused a change in DNA remains to be seen.