In Iran, the rain fell out of the fish 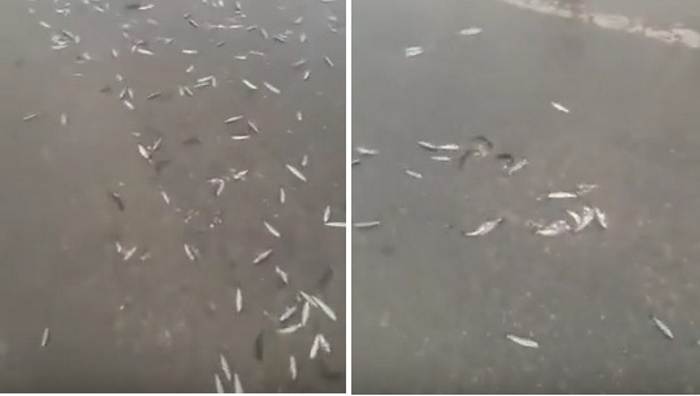 In the Iranian province of Isfahan, during a heavy rain, the fish fell from the sky. The fish rain is a known phenomenon and it is explained by the appearance of a tornado, which catches fish from water bodies, but there were no tornadoes or tornadoes in Iran.

The fish falling out during the rain belong to the same species and are all small in size.