In Kirov the fireball burned appliances in 30 apartments 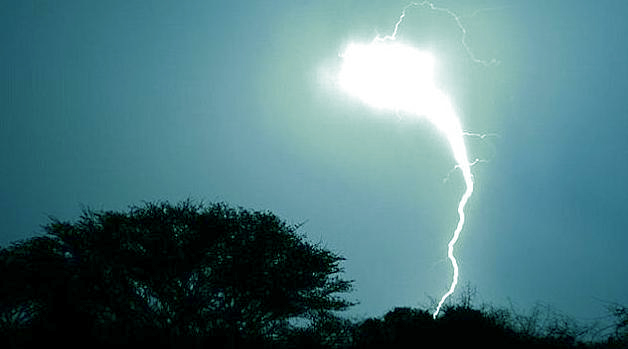 A fireball with a diameter of about a meter, flew to multi-storey building and exploded. The explosion destroyed all the appliances of residents of two entrances of the house №26 in Novovyatsky district of the city of Kirov (Russia).

The incident occurred on Wednesday, August 3, in the third hour of the day. As said a resident of the building Raisa koposova, she was home with her granddaughter, when the storm began.

“We quickly pull out from the socket all the TVs and computers, I went to the balcony and saw that the hovers somewhere around the level of the 5-th floor of a huge flying fireball, — says the pensioner. — I am from Siberia in childhood had often seen such lightning, but they were all small. And this had a diameter of about one meter. So big I saw the first time.”

According to Raisa Alexandrovna, it reached thirty meters to her house, lightning exploded and crumbled into small sparks.

“I already sat down, it was so scary,” says the woman. Then the rain started with heavy hail and gusty winds.

And later it turned out that from a lightning strike two entrances to that side of the house, to which she flew, broke the intercom, and in the apartments burned out appliances and computer equipment.

“Everyone wasn’t home and who is not turned off appliances from the power outlets, all suffered. People just left without TVs, computers, washing machines, phones. One neighbor even came to the hospital, so upset,” explains Raisa koposova.

She retired believes that things could be worse. For example, the lightning could fly into the house when the fire could not be avoided.