In Malaysia, a huge monster emerged from the sewers 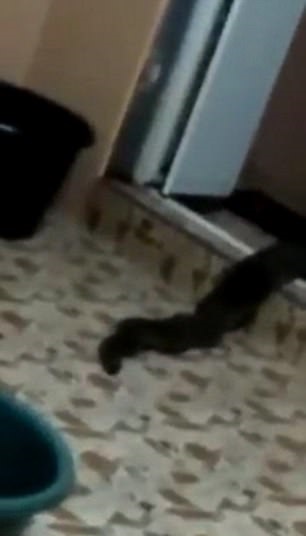 Photographer Zula Anip from the Malaysian city of Alor Setar videotape a snake-like creature from the toilet.

According to Anip, the creature reached two meters in length, had a small head and a relatively narrow body. It was at the same time like a salamander and a huge leech.

According to the man, the creature grew in a drainpipe, feeding on what was in the sewer, and probably at some point stopped in the pipe, then climbed out. The owner of the house managed to catch the creature in a sack and release it into a nearby pond.