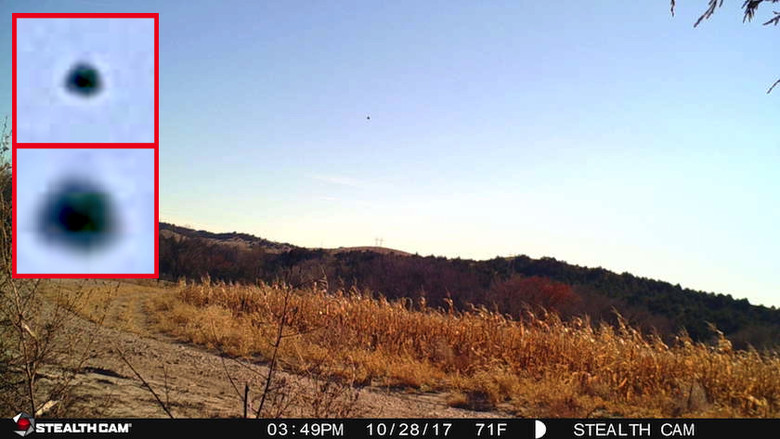 A wildlife surveillance camera was installed in a deserted place in Nebraska, where the nearest town is a mile away, and only 73 inhabitants live in the town. According to the author, he arranged the camera so that she would shoot the site on the side of the gravel road. On the other side is an old cornfield.

When the author recently began to view the pictures taken in October and November, he found several photos from October 28 that were shot with a time difference from each other and on each of them unidentified flying objects were visible against the sky. Basically, this is a spherical UFO, one elongated. 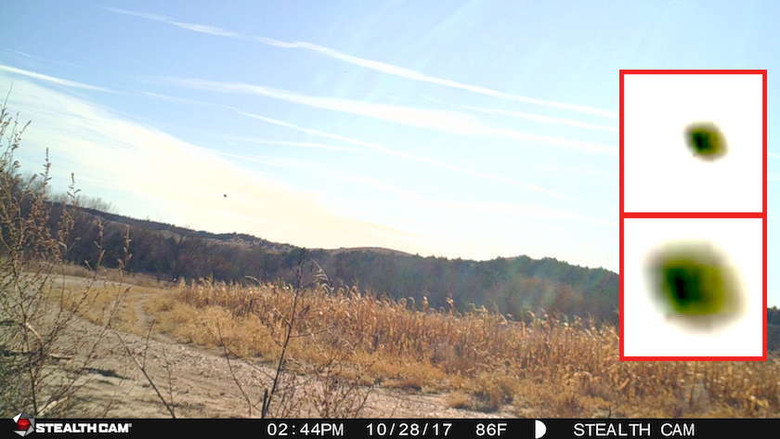 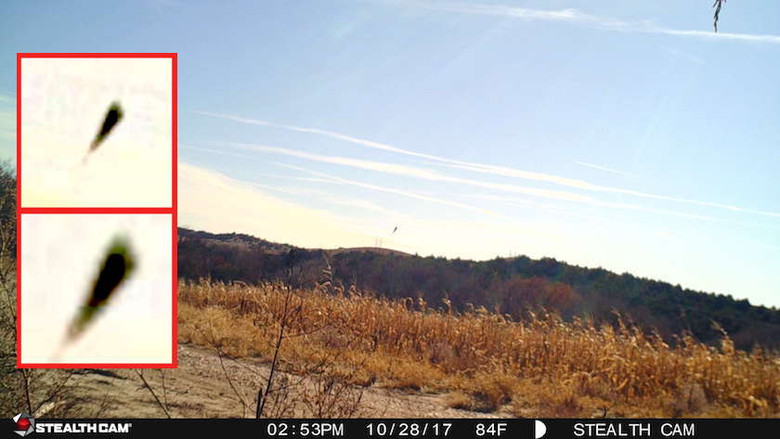 Another UFO got on the picture of November 2. 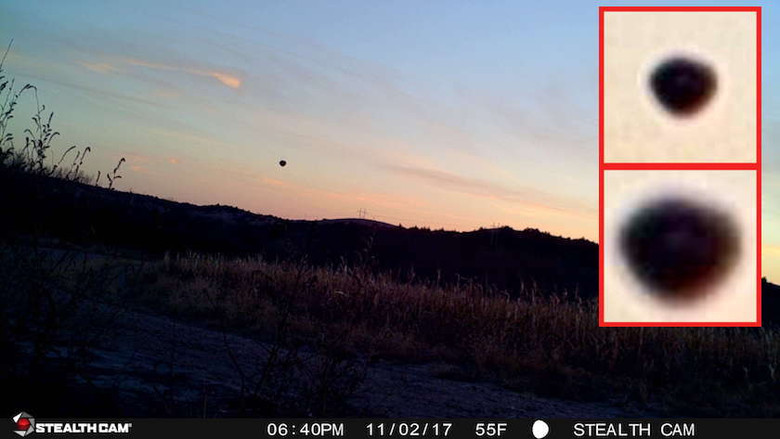 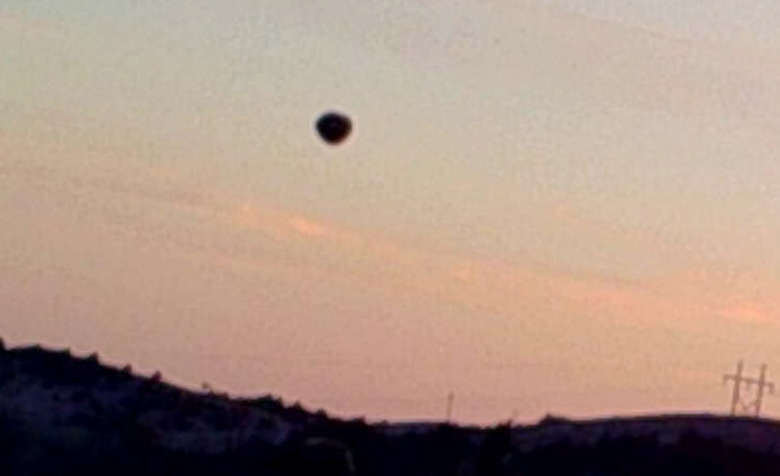 Pictures posted on its website the famous ufologist Scott Waring. He also made a photo of a UFO close-up.

According to the author’s suggestion, one of the objects in the photo is similar to a weather probe, but he is not sure whether someone started a meteor in this empty area. In addition, if it is a meteor shower, it would appear on subsequent frames, but this object is only in one picture and it is large enough – about 30 feet in diameter by sight (9 meters).