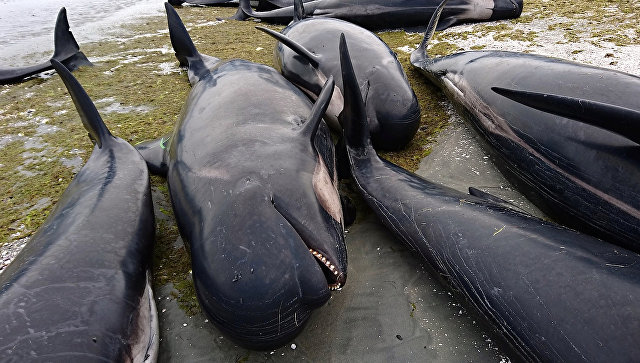 More than 400 black dolphins-Blackfish (cue ball) beached on the shore of the southern island of New Zealand. Most of the animals died, but volunteers participating in a large-scale rescue operation, managed to refloat about 100 dolphins. Rescued cetaceans remain in the Bay, as rescuers on boats trying to point them in the right direction, so they swam to the open sea.

It is noted that we are talking about one of the most massive incidents of deaths of whales or dolphins in New Zealand.