In Nigeria observed “The Miracle of the Sun” 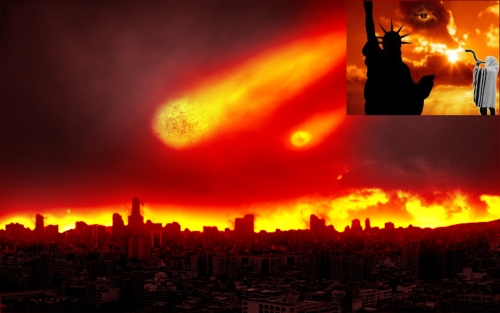 On October 13, a large crowd of pilgrims gathered in the city of Benin City in Edo State, in southern Nigeria, about 40 kilometers north of the Benin River, 330 kilometers east of Lagos.

All these people recited collective prayers and the sky responded to them, a strange phenomenon that pilgrims call “The Miracle of the Sun”. Our luminary suddenly began to flash, changing the brightness and color.

The Miracle of the Sun

It all started in May 1917, when something strange happened to three shepherd children in the Portuguese city of Fatima. The event became known as the “Fatima phenomena of the Virgin Mary” or “The Miracle of the Sun”. Beginning on May 13, the children began to describe that they saw a woman “brighter than the sun, spreading light more strongly and more clearly than if the rays of light passed through a crystal ball.”

The woman was reported to appear to children on every 13 days of the next six months, starting on May 13th. According to the ten-year-old Lucia Santos, during one of her appearances, the woman told three secrets, now known as “Three Secrets of Fatima.” Thousands of people flocked to this city, attracted by reports of miracles. The children reported that on October 13 the Virgin would perform such a miracle that “everyone could believe”.

On October 13, 50 to 100 thousand people gathered to witness a miracle. After the rain, the dark clouds parted and the sun appeared in the form of a matte rotating disk. It was much duller than usual, but threw multicolored paints on the ground, clouds and gathered people. Wet clothes of people and the earth suddenly dried up. The event lasted about 10 minutes.

On July 13, 1917, the Virgin told the children three secrets that were kept secret by the Catholic Church and were read at various times. The first Mystery was the vision of Hell. The second was that the First World War would end soon, but after a while the Second World War would begin, unless Russia was dedicated to the Immaculate Heart of the Mother of God. It is worth noting that when the second secret was announced in 1941, the Second World War had already begun.

But the most important contradictions are in the third secret. It was announced in 2000 and contains information about the persecution of Christians in the 20th century. However, historical references to the third mystery indicate that much is hidden – for example, information about the Apocalypse and the penetration of vice into the Catholic Church.