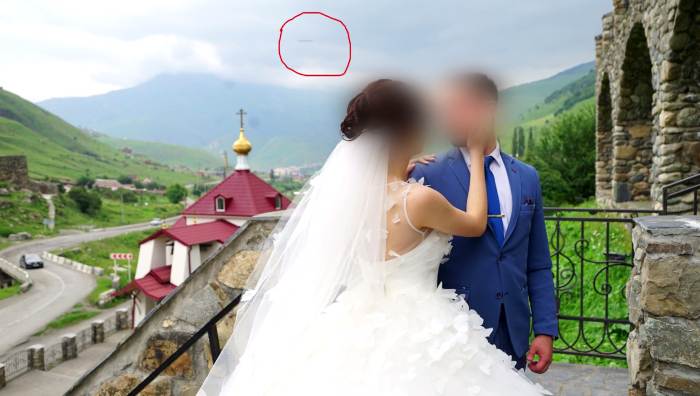 A photographer from North Ossetia Denis Donskikh took an unidentified flying object in the sky when he was shooting another wedding in Fiagdon and noticed nothing unusual during the work.

Later, during the retouching of the photo with the groom and the bride, the photographer saw a strange object that got into digital photographs.

“I have a good camera, the quality of the pictures allows me to make an approximation, and when I did it, it became clear that there was something very unusual in front of me,” Denis Donskikh said. – In shape resembling a cigar. I did a series of pictures in the style of “lover stori” – this is the way when for a couple of seconds the phone clicks several photos. And it is on this series that you can observe how something in the sky swiftly sped up. You can not see with your simple eye – you just will not make it.