In Peru found a mummy alien 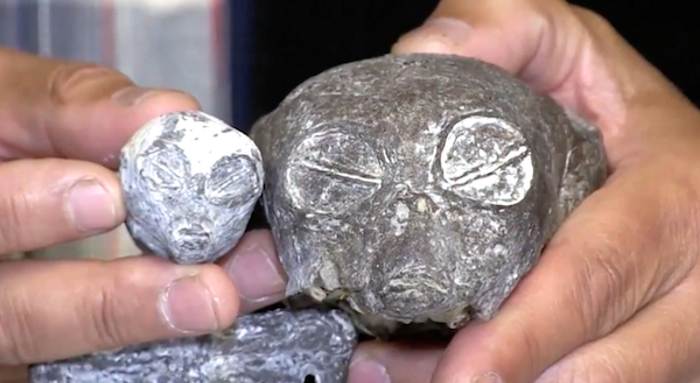 In a cave in the South of the Peruvian Atacama desert cavers found the remains of an alien. Elongated skull, covered with gray skin that had retained its structure despite the years, the unusual thickness of the bones of the skeleton is about 5 millimeters, and the skeleton of a very small stature.

Dr. förster is the authoritative researcher of elongated skulls known as the “skulls of Paracas”, which was discovered in the province of Pisco sent samples of skin and bone tissue in the laboratory in North America for radiocarbon analysis and a DNA test.

It is assumed that the found skull and a tiny figure with the same head have extraterrestrial origins. According to legend, people with elongated skulls possessed extraordinary abilities as gods. Quite possibly, the gods in those ancient times could be aliens from other worlds.