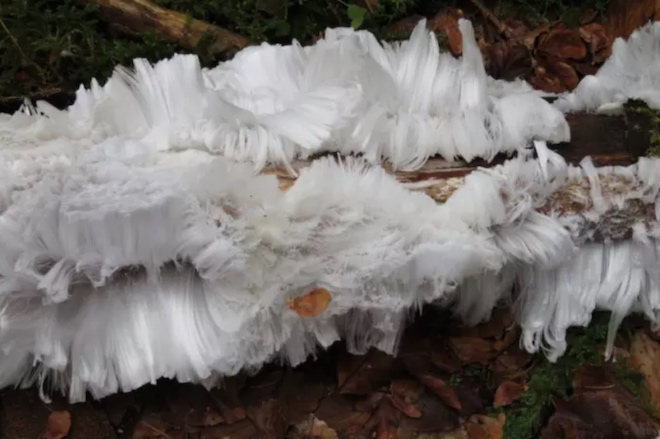 The phenomenon was captured by 62-year-old Wilma Stark, who spent her vacation in Dunkeld in Scotland.

The woman was walking in the woods when she came across a silky hair-like ice, which usually forms on a deadly ice.
The day before it was snowing, and when it melted, it was a cold, dry day. When it rains, logs are the ideal material for absorbing moisture and forming hairy ice. Their rotting porous interiors are filled with water and, when the water freezes, the ice crawls out through the pores of the frozen tree, forming thin threads.

This phenomenon was one of the first recorded by Alfred Uegener in 1918. He observed strange ice formations only in wet woodland and advanced the theory that the catalyst for the formation of ice hairs can be a fungus. In 2015, almost 100 years later, scientists finally linked the phenomenon of hairy ice with a fungus called Exidiopsis effuse.