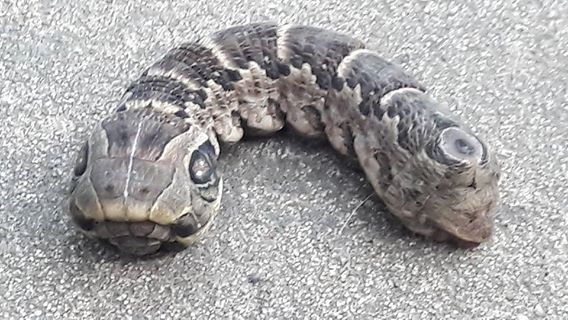 Luhan Eroles from Spain was almost insane when she came across her frightening creature in her own yard with two heads. But with the closest study, a disgusting monster turned out to be a caterpillar of a wine sorcerer.

The length of the terrible creature was about 10 cm. The animal was like a snake, but instead of a tail it had a second head. According to Eroles, the monster “decorated” three eyes and bizarre scales.

The woman took herself in hand, took off the “mutant” on the video and laid out a few clips on “Facebook”. Posts Eroles viewed over 20 million times, and the number of likes has reached tens of thousands.

In the media the creature was considered a two-headed snake, but some users assumed that the video is a huge caterpillar. Eroles agreed that the representative of the fauna she saw was indeed very much like the caterpillar of a wine sorceress. 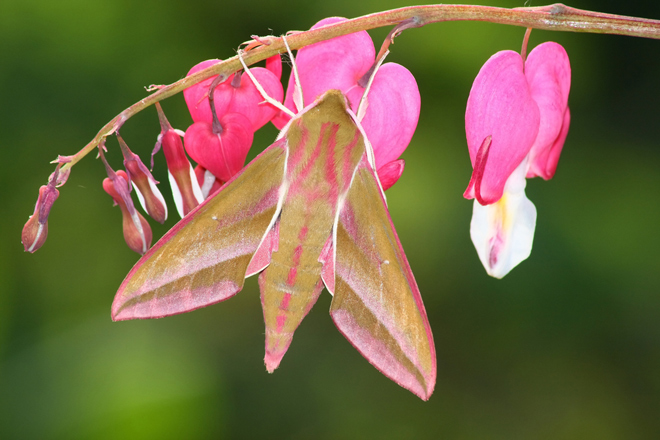 Butterflies are a kind of wine-mongrel found in Europe and Asia. It is known that the caterpillars of a wine mate can reach a length of 7.5 cm. Representatives of the species are active at night and rarely fall in the field of view of a person.

It’s not the same species… The caterpillar shown is clearly one ob Eumorpha labruscae, a neotropic member of this family, only living in New World – the adult moth is a very big green animal. The european species Deilephila elpenor, the pictured rosy yellow moth, develops from a somewhat similar, but different caterpillar, and this has probably been found in Spain. Very nice pictures. Happy Easter!