In Taiwan, a rainbow in the sky was observed for 9 hours 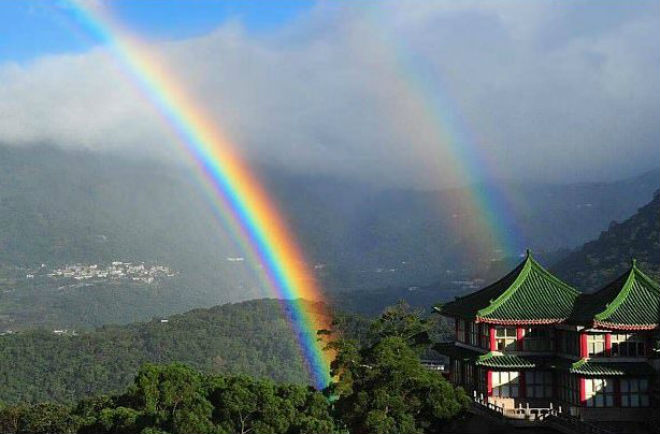 The rainbow in the sky over Taipei (Taiwan) adorned the sky for nine continuous hours.

According to experts, this is the longest rainbow in history. She appeared in the sky over the capital of Taiwan at 06:57 and did not disappear until 15:55, lasting 8 hours and 58 minutes.

The previous world record was set March 14 in 1994, when the rainbow over Sheffield, United Kingdom, was observed for six hours.

The uniqueness of this rainbow is also in the fact that it was “quadruple”.
The rainbow in the sky appears as a result of the reflection of light by raindrops. If the light inside the drop is reflected twice, a double rainbow is formed, three times a triple rainbow, etc.