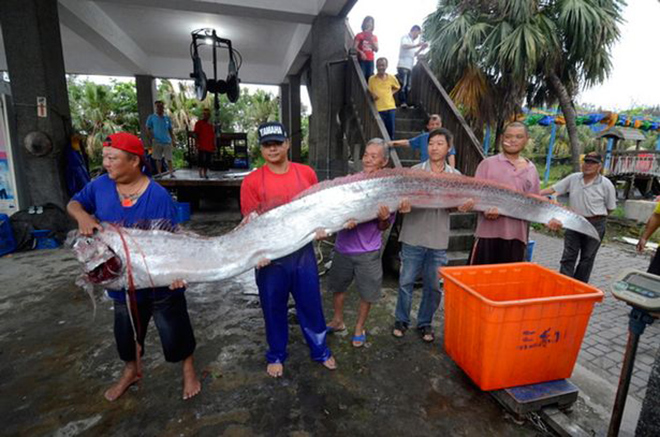 Fisherman Lee Chung-Chen and the surrounding onlookers were speechless, when in a network, lucky just got a couple of giant herring king. Though a huge sea creature is not uncommon in deep water, to meet them on the surface after earthquakes. Both herring the king, caught, reached 4.4 meters in length and weigh 44 lbs each.

Fish is so rare that it is considered the prototype for the legends of the sea
snakes. In the coastal fishing town has Taimali, the herring king was caught
for the first time. All who were present at the momentous event, were extremely
amazed.
Lee shared his impressions: “I fish for almost 30 years, and this is the first time —
and somehow I managed to catch herring from two kings”. 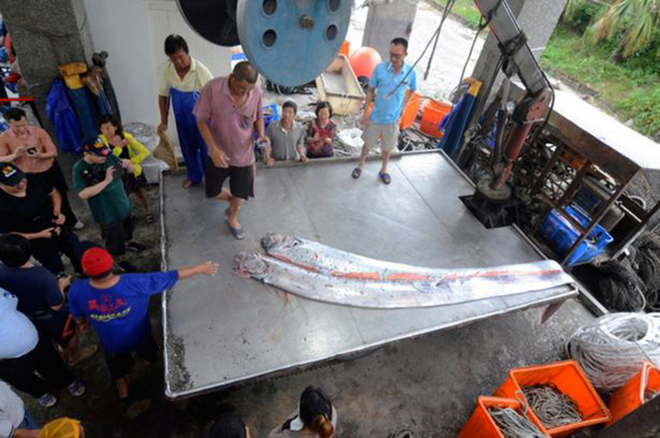 “The locals were catching different creatures, even whale sharks, but never anything like that.”
The locals call the giant herring of kings
“fish-earthquakes” as they rise to the surface only
after seismic events. Shortly before significant catch
meteorological center of Taiwan recorded on the ocean floor about
Islands aftershocks of magnitude 5. Also in April, the planet experienced a real
a surge in seismic activity. In Japan a series of earthquake killed 48 people. Most affected Ecuador: the strongest earthquake in the Latin American country claimed more than 650 lives.